We've spent quite a bit of time at Balboa Park this holiday season.  With so many places to visit, there's no shortage of fun Christmas activities to do with the kids.

Here are five of our favorites.

Not only have the San Diego Model Railroad Museum added Christmas decorations to their displays, but there is also a special LEGO train city display running until January 18.  You can only begin to imagine how excited the little man was when his two favorite things, trains and LEGO, were brought together. 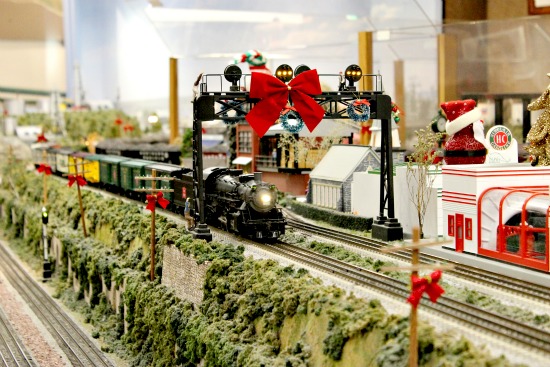 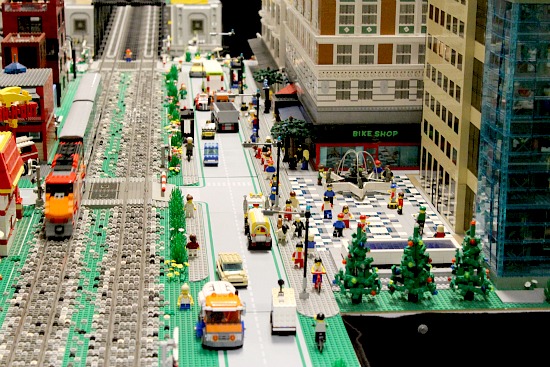 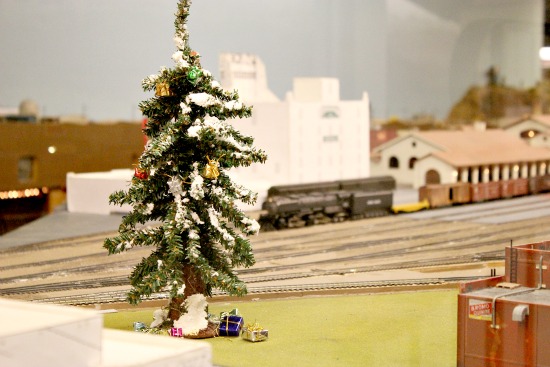 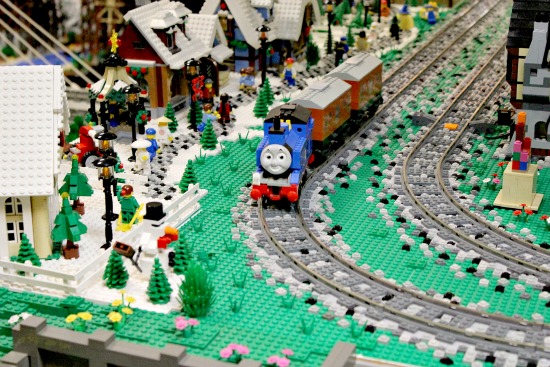 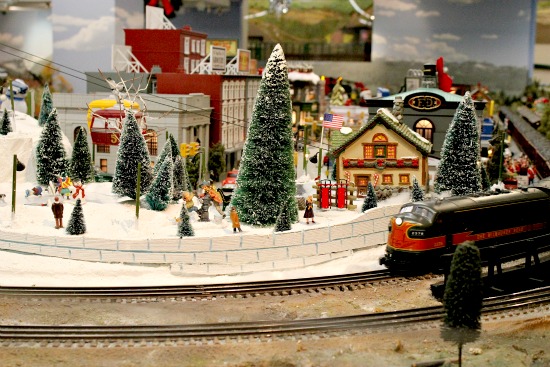 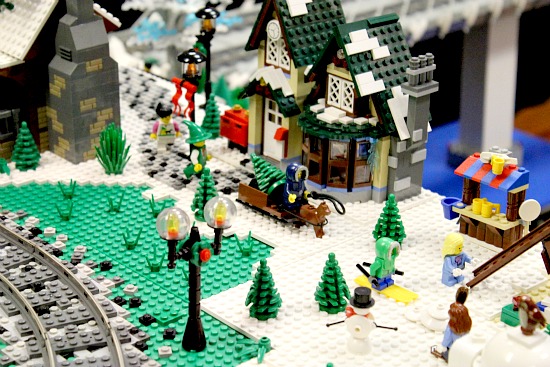 A friend very kindly gave us passes to the Reuben H. Fleet Science Center, so with the money we saved on admission, we purchased tickets to see Let It Snow.  We had never seen a digital show at the Fleet Science Center before.  The dome screen is amazing. 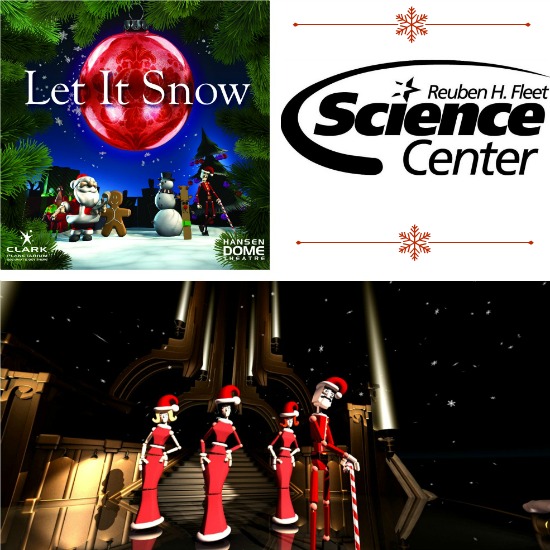 Let It Snow runs until January 6.

Note: Obviously we couldn't take photographs inside the dome, so here are a few I obtained from the press page.

The kids loved this so much last year that as soon as Christmas was nearing they asked if they could go on the special Christmas night train again.  The Balboa Park Miniature Railroad is located just outside of the San Diego Zoo. 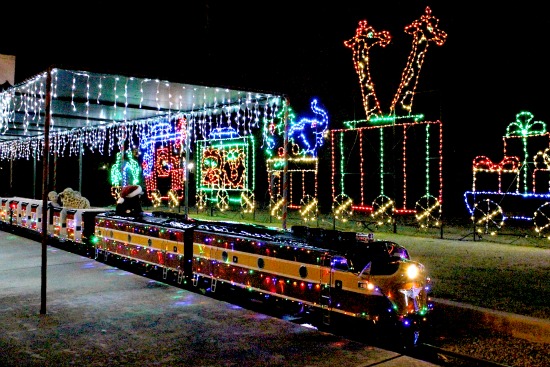 Marisol's favorite Christmas character (besides Santa of course) is The Grinch.  She loved The Grinch so much last year that we watched the movie nearly every day, read the books, and she even asked for a Grinch doll on her Christmas list.  As soon as I saw that The Old Globe were going to be having a production of Dr Seuss' How the Grinch Stole Christmas I immediately purchased tickets as a surprise.  Two days later I found out that their 1st grade teacher had been given free tickets to take all of the kids.  So she was extra delighted when she got to see it twice. 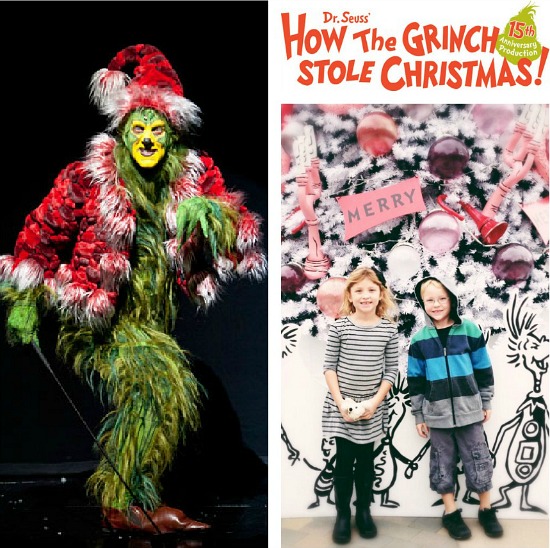 Note: Again, we couldn't take photographs inside the theatre, so The Grinch photo above was obtained from the press page.

Of course we had to head to the San Diego Zoo too.  We attended Jungle Bells last year and the kids absolutely loved it.  As soon as we arrived we jumped onto the Skyfari and took a ride to the Northern Fronteir to visit the Reindeer.  Then we popped into the 4D theatre to see Ice Age A Mammoth Christmas.  We picked up some red and green cotton candy and hot chocolate to enjoy as we wandered around the park, then headed back near the entrance for all of the fun Christmas activities that were happening after 4pm.  First up was the Discovery Outpost where they had photographs with Santa, watched a couple of animal encounters, and played musical instruments during the Dr. Zoolittles 'Twas the Night Before Christmas' reading.  Then it was off to Chocolate Town to indulge in a little chocolate treat while we watched the animated light display of the Twelve Days of Christmas.  Before heading out, we took in some of the lights, stopped by the Christmas Tree, and listened to the Bell Ringers playing. 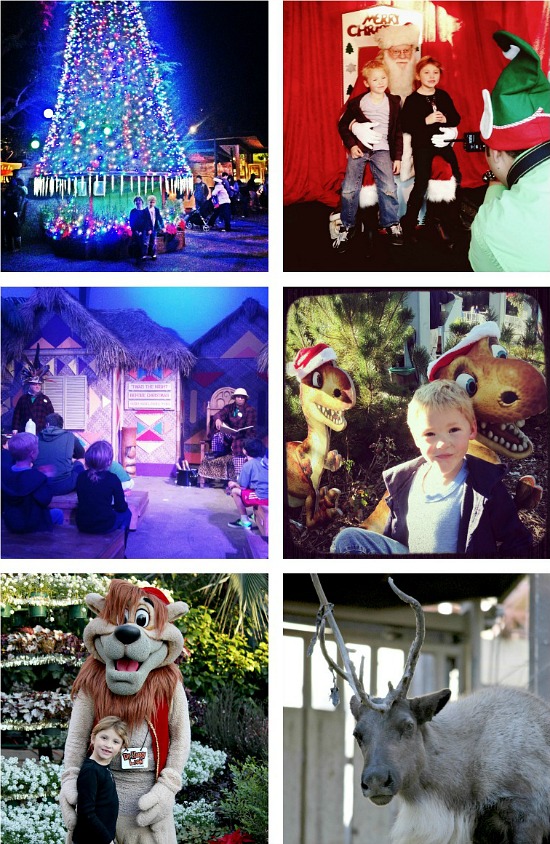 There are many more Christmas activities at the San Diego Zoo.  Jungle Bells runs until January 6.

Great post. You’re right, there’s so much to do there. We’re heading back down that way soon and this was a good reminder while we’re still planning. We travel a fair amount, and I’ve been blogging, but I had forgotten about SD. Thanks, peace, and all good.