This delicious cinnamon roll breakfast casserole is the perfect way to send the kids off to school, and a great addition to weekend brunch.

Disclosure: This blog post has been sponsored by General Mills®

Marisol absolutely LOVES cinnamon rolls. If I let her she would have them every single day for breakfast … and again after school … and possibly for dessert after dinner too.

So every now and then I like to mix it up a little and I’ll make a cinnamon roll casserole for her.

Besides being delicious, this recipe also earns your child’s school bonus Box Tops when you purchase PillsburyTM Cinnamon Rolls (8ct) at Walmart. Plus, this is the perfect addition to classroom pot luck breakfast. 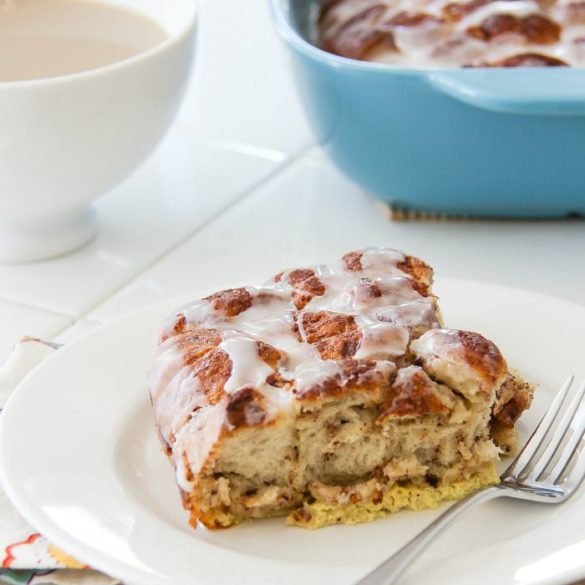 Select General Mills® products at Walmart currently have a banner with a Bonus Box Tops offer on the packaging, including these PillsburyTM Cinnamon Rolls (8ct)!

Last year our school earned $1100 from Box Tops collected and turned in by the kids.

Look for them in your local Walmart store.

The Nickelodeon Experience at Azul Hotels in Cancun

An Easy Chickpea and Carrot Salad