The best places to stop on a road trip from Monterey to Sacramento with kids.

It was a vacation that wasn't.  A 4-day whirlwind.

There was a very good reason for going on this non-vacation though.  My brother has been visiting from Australia.  He had made it into the Western States Endurance Run.  A 100 mile run from Squaw Valley (in the Tahoe Mountains) to Auburn (near Sacramento).  I will fill you in on more about that if you keep reading below.

We left early on Friday morning to drive from Monterey to Sacramento – about 3.5 hours away. Of course we stopped to do a little sightseeing on the way so the drive turned into an all-day event.

Our first stop, the Fish-shaped House.  I kid you not, it's really a house, shaped like a fish.  And people live in it. 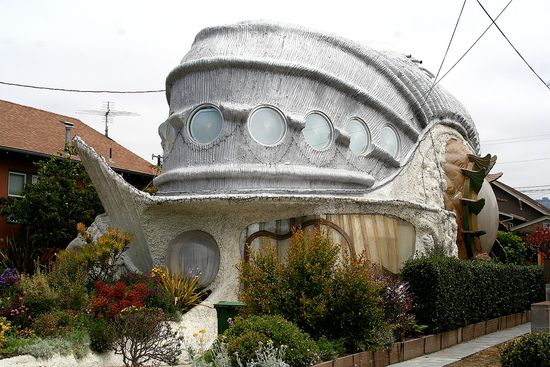 You can read more about this house on the Roadside America site.

Yes, I am one of 'those' parents who drags her family along to see all kinds of odd-ball things.

Our next stop was lunch and I had already mapped out that we would stop at the Cesar Chavez Park in Berkeley.  It is dog friendly, and with views across the bay I thought it would be a lovely spot to park for a little while.  It was a cloudy day, but we could still see across the bay.  We watched the boats, enjoyed a picnic lunch that I had packed, walked the pooch and the kids played a game of chase before we ventured off again. 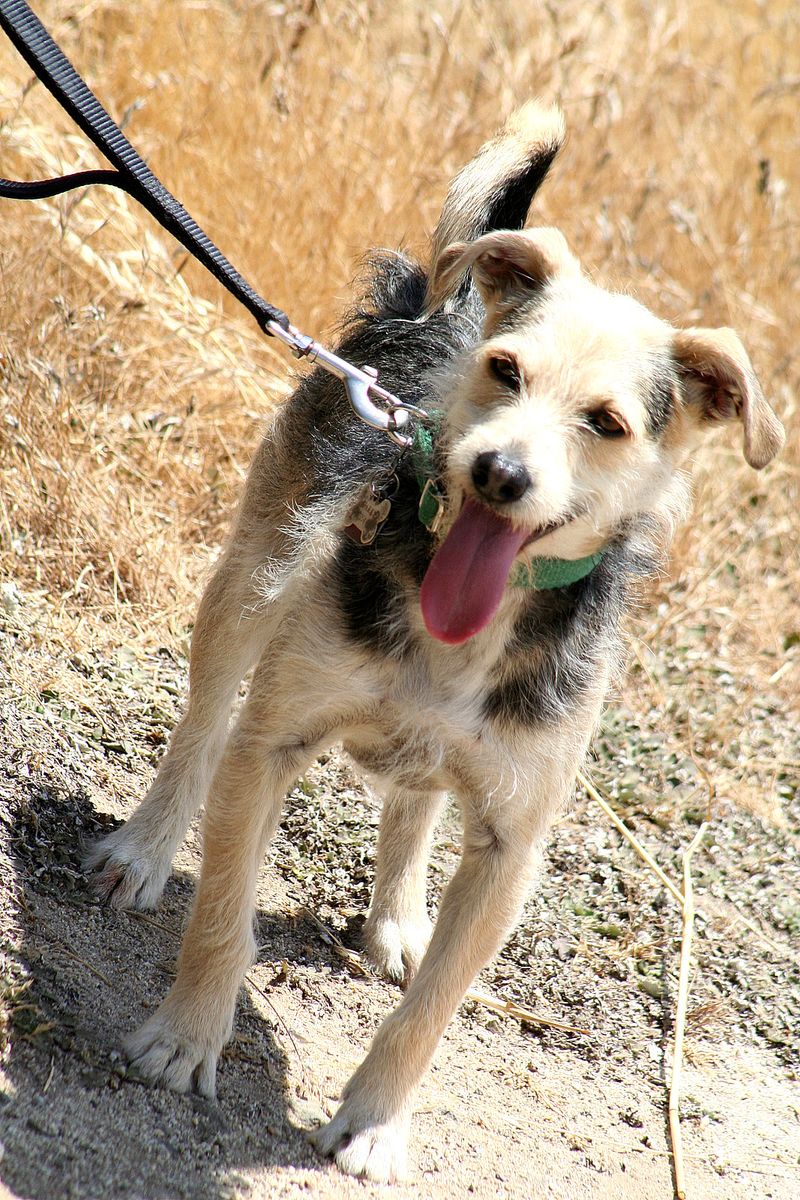 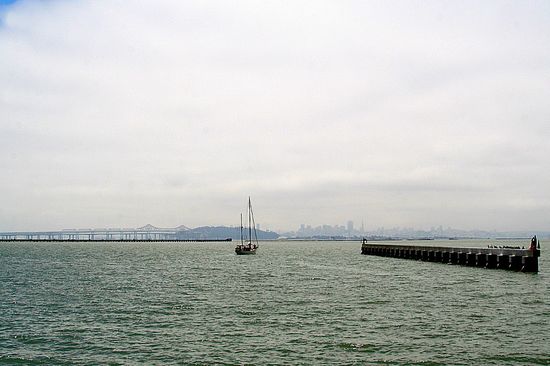 Next on my itinerary was to stop at Grizzly Bay for a hike, but after calling ahead we found out that the waterfowl were nesting so unfortunately dogs weren't permitted on the trails.  So my back-up plan was to go to Suisun Bay to view the Ghost Fleet – a fleet of retired ships from the WWII and Vietnam era.  You can learn more about them here although they won't be there for too much longer.  There were a couple of spots you could view them from, one being Vista Point.  Unfortunately you cannot get right down to the waters edge to see them, but we could get close enough AND little did we know but the highlight of Flynn's vacation was right there.  There was a railway line in the area and as I was taking photographs of the ships, I spotted a freight train coming.  We hightailed it to the railroad crossing we had seen whilst driving and lay in wait.  Flynn and daddy jumped out of the car as it drew closer and the conductor waved at Flynn as the train went by.  To see how much joy this brought him made the drive itself well worthwhile. 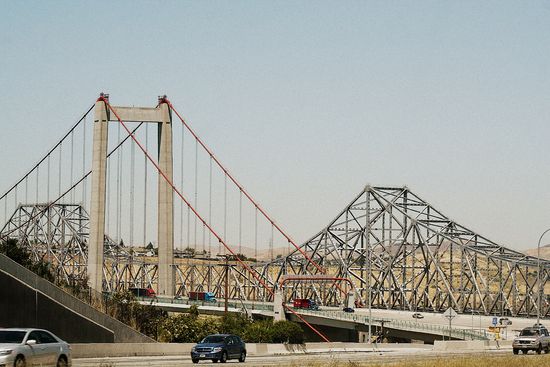 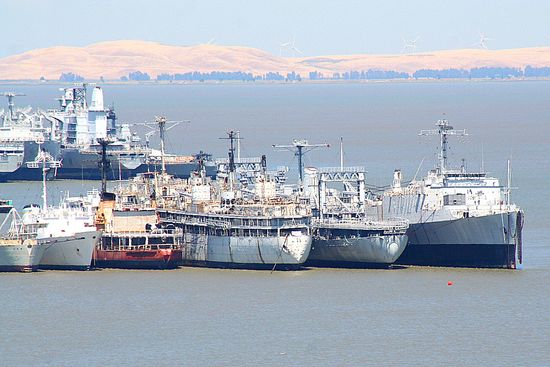 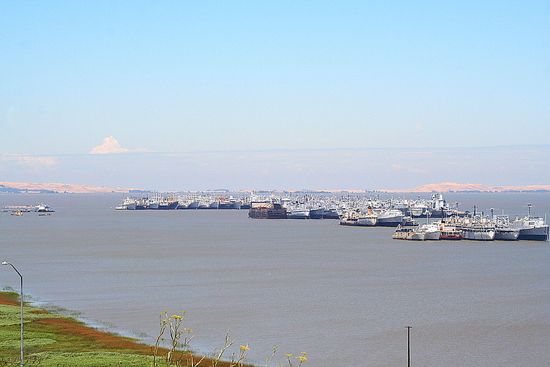 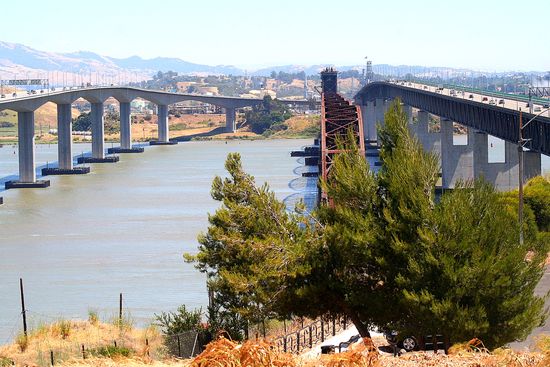 Do you see the road leading out over the bridge in the photograph below? 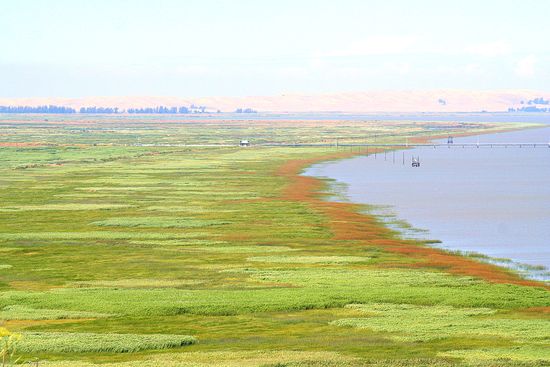 The next few photographs were taken on that road, which is also where we stopped for the freight train. 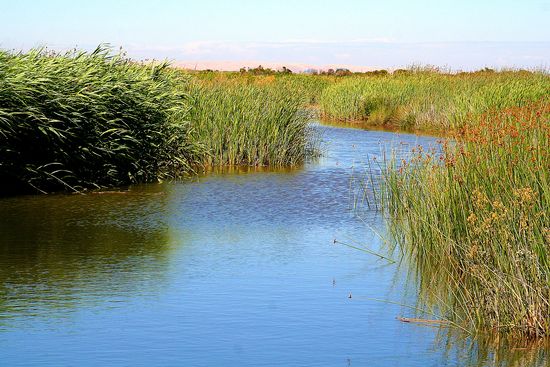 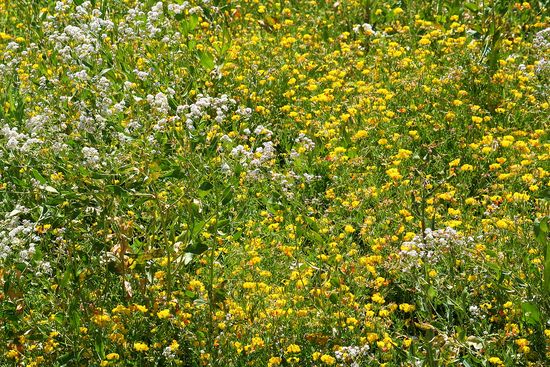 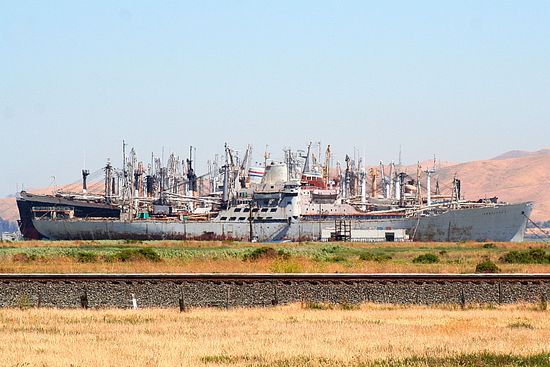 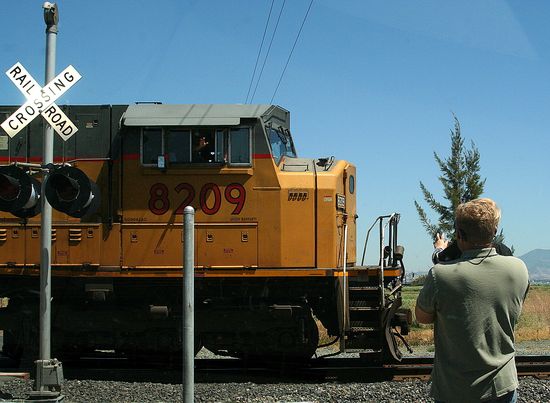 For the rest of our drive to Sacramento Flynn looked for that train – not quite understanding that it had traveled in the opposite direction to us.

After checking into our hotel, we headed into the Tahoe Mountains bound for Truckee to have dinner with my brother. Now I had considered, very briefly, to stay in Truckee, but without even looking at the area was put off by the name, thinking it sounded a little like a trucker's rest-stop in the middle of nowhere.  How wrong could I have been.  It was such a beautiful little town.

Saturday morning the race began at 5am.  We were supposed to meet my brother about 4 hours into the race at a checkpoint to replenish anything he may need and so he could change his footwear if he needed to – after all he was in the mountains, running through snow and rivers and mud.  We missed him at the checkpoint by 2 minutes.  2 MINUTES!  We couldn't believe it.  We thought for sure we'd be able to make it to the next one, which wasn't on our schedule, but his friend was going to that one and us the one after that.  We programmed the co-ordinates into Betty (our GPS) and off we went. On a dirt track.  Through snow.  Over little creeks. Up mountains with water running underneath our car.  I was driving.  I thought we would never get out of there alive.  We have an SUV, but it is NOT a 4WD.  Then at .8 of a mile from our destination there was a truck parked in the middle of the dirt track with a snow embankment behind it.  A 10 point turn later, we were heading back down the track we had come up.  Back to the main road.  It seems Betty was giving us the shortest route to the destination.  We should have taken the longest route, on the paved road.  So again, we missed the checkpoint, but with all the extra time we had now, we were well and truly early to the next one, and the one after that.

At the 55 mile mark my brother was done.  He was exhausted and didn't think he could go on.  It was mid afternoon and it was hot.  His friend gave him a pep talk, pulled him to his feet and sent him on his way, before meeting up with him at the next checkpoint, changing and running through the night with him.  That was all the motivation he needed.  I woke up several times during the night to check his progress on-line to make sure I was at the finish line in time.  I wasn't.  He was flying.  He arrived at the finish line at 3:20 in the morning with a finishing time of 22:22:17.  That's 100 miles in under 23 hours.  He came in 72nd.  He was absolutely exhausted, but over the moon, and rightly so.

It was only fitting that we head into town afterward to celebrate over a late lunch.  Then it was a sad farewell to my brother as we headed back to Sacramento and he headed on to San Francisco to unwind for a few days before flying back to Australia.  This gave us a chance to see a little of Sacramento though.

Before I go on though, I haven't mentioned yet that MY CAMERA DIED!  It died people.  On the way into the Tahoe Mountains on race day.  All I had for the rest of the vacation was my iPhone.  I even took it to a camera shop in Sacramento but they didn't think it would be worth fixing (that's if it even could be fixed).  Hence why I have no more pretty photos on my blog, but lots of Whrrl stories to direct you to instead.

So, over the next 24 hours we did a little sightseeing of the city.  I even had a chance to enjoy a lovely lunch with the amazing Margaret of Nanny Goats in Panties.  If you don't know her site, get to know it, she seriously rocks the funny. 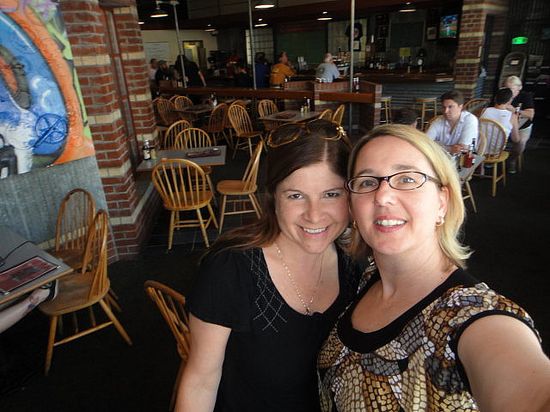 Rusty and Rosy: 5 Ways to Learn on the Road

The Antique Capital of Southern California

Stunning picture – love the one of old puppy face. Oh no about your camera! That is terrible!