I have a delicious holiday appetizer to share with you.

I found these cute little Spoonettes at Cost Plus World Market and bought them for a ‘just in case’ I think of some way to use them scenario.  Our pantry is well stocked with these little ‘just in case’ items.

And then the Collective Bias crew asked me to check out an Aeternum saute pan by Bialetti.  You see about a month ago I took a little trip down to LA with John and Brent of Collective Bias and met with Bradshaw International whose brand is Good Cook and who are the exclusive distributors of Bialetti.

So after putting my thinking cap on, I decided to use the Aeternum pan to make a little something to put in the Spoonettes.

And so became the 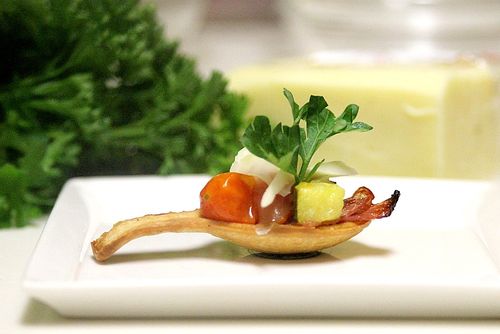 Watch the video and I’ll show you.

Note: There is enough filling in this recipe for approximately 36 scoops

Disclosure: I received a stipend and the Bialetti Aeternum saute pan with thanks to Collective Bias as part of the #GoodCook campaign.

Easy Prosecco Cocktails You Can Make in Minutes