A fun day trip from San Diego to Arizona using Roadside America as a guide for quirky roadside stops.

Having felt like a bit of a prisoner in my own home for a few days this week (with Flynn being contagious) I resorted to scouring the Roadside America website (thanks to my friend Sharlene for getting me addicted to it) and mapping out day trips that we could take the kids on where they wouldn't be in contact with other children.

Today we did our first one to the California/Arizona border.  It was absolutely stinking hot outside with the temperature reaching 106 at times but we had a great day and saw so many offbeat places.  I love going to places that other people would never even think about going to and don't even know exist.  I especially love places that you drive past and don't even think about until you know the amazing history behind their existence.

Now I'm pretty sure that this really isn't the center of the world however the Mayor of Felicity (named after his wife Felicia Lee and elected into office with a unanimous vote of 2-0) Jacques-Andre Istel somehow convinced the Imperial County of California to legally make a spot on his property the official center.  He built a pyramid there after all Felicity is one of the driest and hottest places in the U.S. and it's in the Sonoran desert, so why the heck not.  There is a bronze disk on the floor but unfortunately, we were unable to go inside the pyramid today as this tourist destination is only open to the public between December and March.  There is also a little church behind the pyramid and a 25-ft spiral staircase salvaged from the Eiffel Tower.  I'll be sure to head back again during tourist season so I can place my toe on the bronze disk, make my wish and receive my certificate. 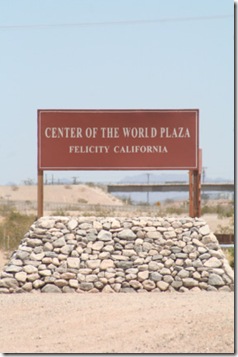 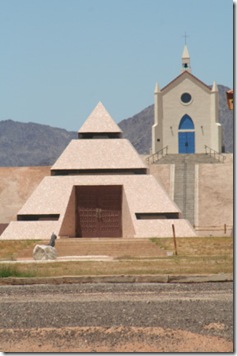 The Territorial Prison in Yuma, Arizona has been closed since 1909 but for the 33 years that it operated there were over 3,000 men and 29 women jailed there.  Some of the crimes I found were quite bizarre, or should I say not the kind of crimes one would be jailed for or put into solitary confinement for these days.  Then there is what was known as the 'Dark Cell' which was pitch black when the door was shut and let me tell you, we went in there and we all had a feeling of uneasiness, you literally couldn't see a thing around you. 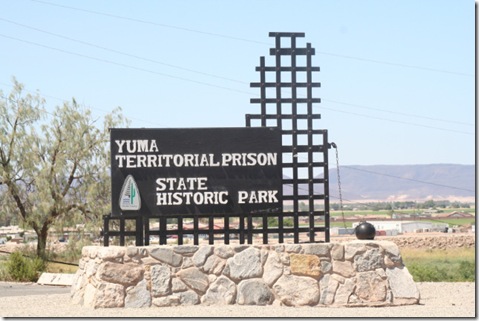 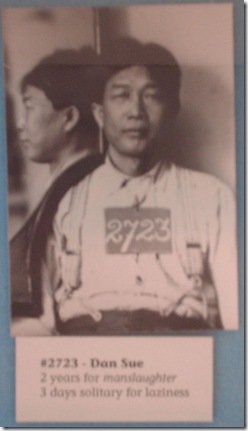 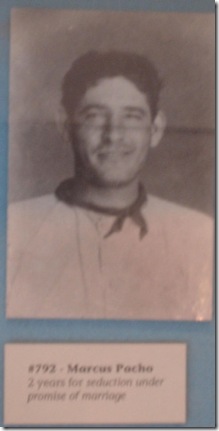 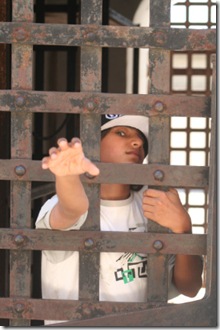 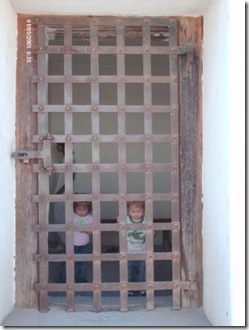 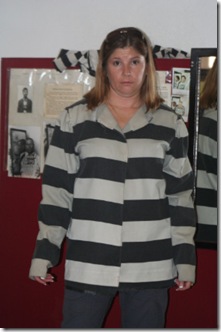 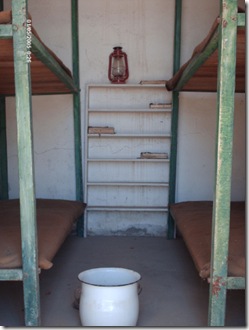 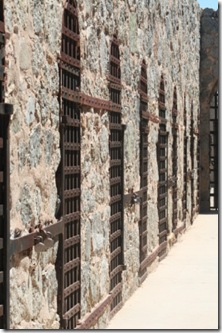 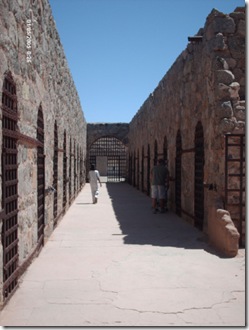 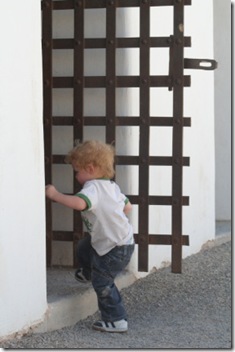 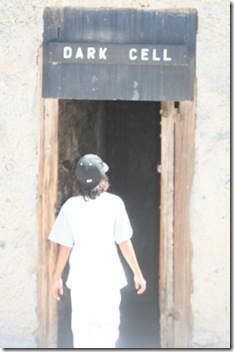 From a prisoner in my own home to 'prisoner' 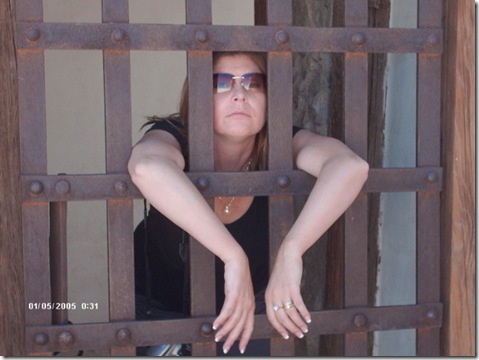 The McPhaul Bridge (named after Arizona Ranger Henry Harrison McPhaul) was built in 1929 but they thought it was too flimsy and after building a dam upstream in 1968 they diverted the river and rerouted the highway over a smaller bridge.  That bridge ended up collapsing in a flood in 1993 but the other bridge although being closed still stands and leads to nowhere. 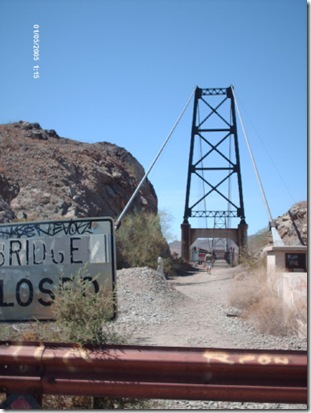 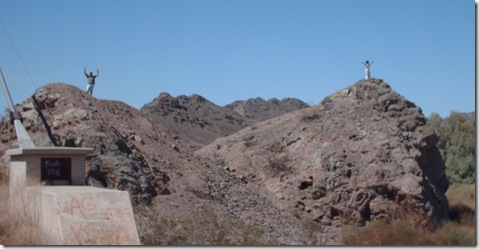 This tiny church in Yuma, Arizona was built by a farmer on the edge of his fields in honor of his wife.  It measures approximately 7ft x 12 ft inside.  It is honestly the sweetest little church I have ever seen.  It was actually open when we got there and although nobody was in there we signed the visitor log and left a donation. 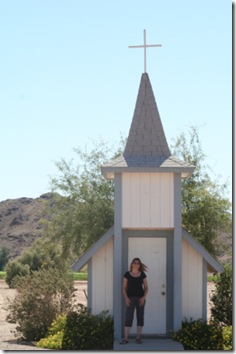 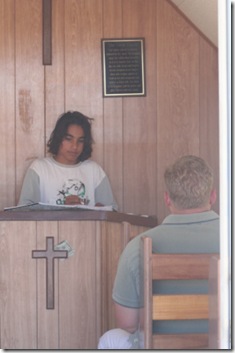 Unfortunately, we were running out of time on our little road trip so this was more of a drive-by photography session.  We didn't have time to venture into the Yuma Proving Ground to visit the museum or other equipment on display but we did get to see the 200mm gun-howitzer at the entrance. 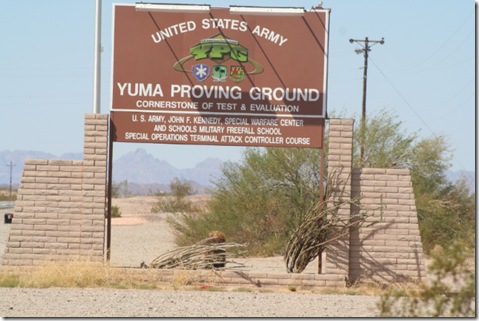 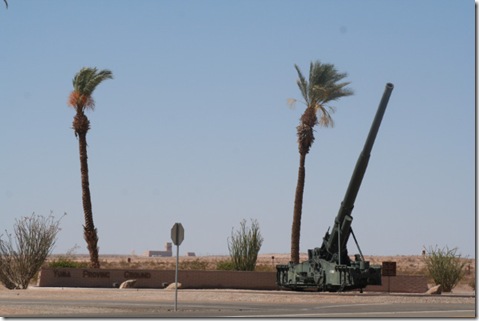 Apparently, Muffler Men can be spotted all over America's highways.  They were built by a company owned by Steve Dashew called International Fiberglass from the mid-1960s to about 1974.  They were sold as 'attention getters' for retail stores.  If you spot one of these hulking figures report them here. 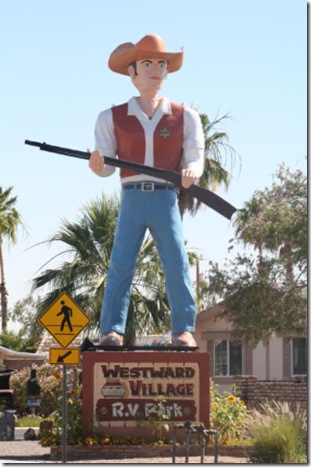 NOW FOR SOME RANDOM PHOTOS FROM OUR ROAD TRIP.

Let's start with the temperature that it reached at times 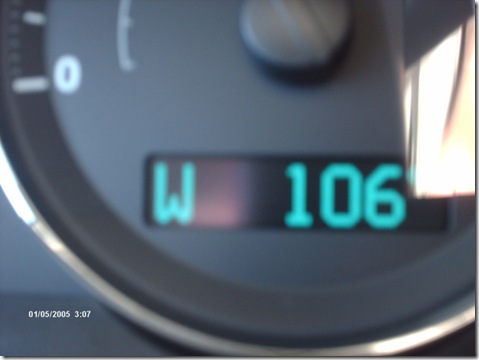 and now for some random shots from the drive 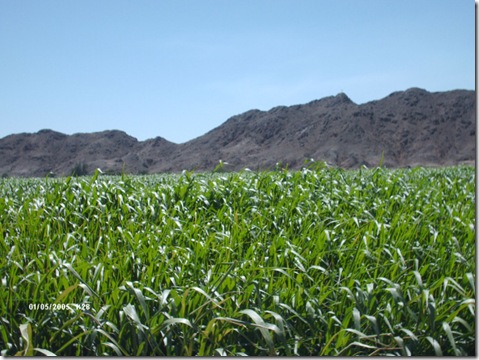 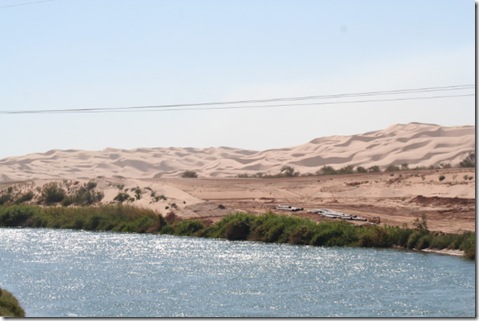 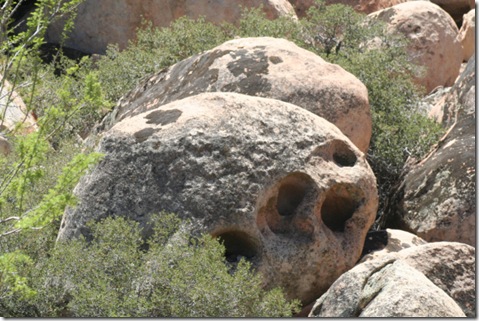 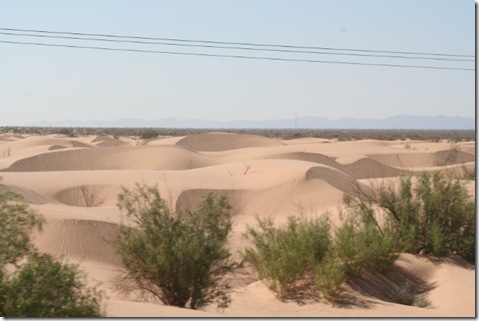 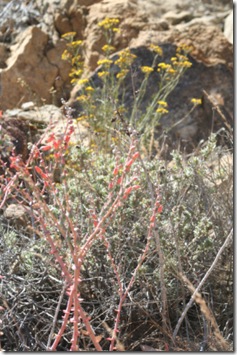 A PRINCESS & HER WANDS

The Adventure Playground in Huntington Beach

Tips For Road Tripping With Kids

Great trip! Wish I could convince my hubby to do something like this.

Funny pics!! Such a great idea too. We should of planned to meet up at the border…dangit! :o)

Great pictures! Look like ya’ll had quite a trip and lots of fun!

Looks like a great trip. Maybe I will check to see if there is anything around here to do like that!

looks like you had a good day. I see that Marisol has a fever now though, AHHHH. Will it never end for you??You take some great scenery shots!!

Bre: I would have arranged to meet up with you and don’t think I didn’t think about called you the second I hit the border but with Flynn being contagious still and now Marisol having it too I didn’t want to risk your kiddo’s or you being pregnant getting anything. Next time I come out that way though, you are first on my list of places to visit 🙂

Great pictures, You always have so much fun!!!!

What fun! That website does look pretty cool. I’ll have to check it out when I have more time.

Oh that’s true! I hope your bubbas are feeling better. One of these days we’ll get together again for sure. I’ve really been thinking about taking a trip out there before the baby is here. I’m having cravings for the beach. Sounds silly but it’s true. I think about it ALL the time…lol!

It is crazy hot out that direction……my family lives in AZ. We drive thtrough Yuma quite abit and it is a different kind of pretty. Looks ike you had a fun time….. hope this little ones are getting better.

Great shots! You took some really beautiful photos!If only there was somewhere to drive in NJ where we could pile all 9 kids and not see people…LOLGlad you got out of the house!

Great idea for a way to get out of the house while the kids are sick…looks like a fun road trip! I totally love that Roadside America site now too (thanks, Shar!), its awesome! Hope M. is feeling better by now.

I enjoyed these pics so much! That tiny church was hilarious! And preacher Jay LOL. Loved the pics of you as a prisoner! LOL!