Yesterday I took the kids to the Automotive Museum, we had a stroll around Balboa Park and took the twins to the playground.  It was such beautiful weather and we had such a great day. 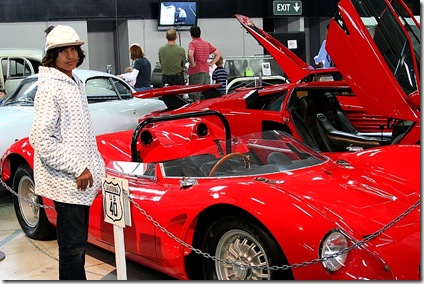 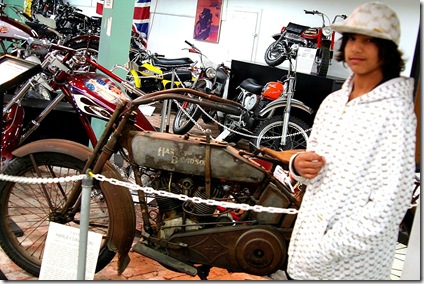 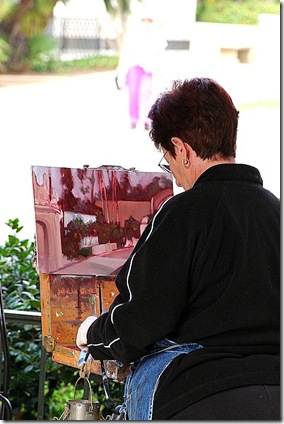 An artist panting the beautiful buildings in Balboa Park 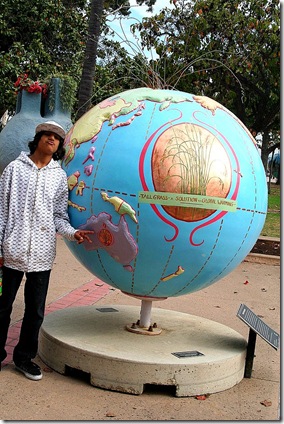 Cool Globes – bring awareness to Global Warming.  There are 40 of these positioned both inside and outside the San Diego Natural History Museum at Balboa Park.  They are totally 'cool'.  One that I loved was a knitted 'sweater' over a globe encouraging people to rug up instead of turning their heaters up.  They are on display until Nov 30th. 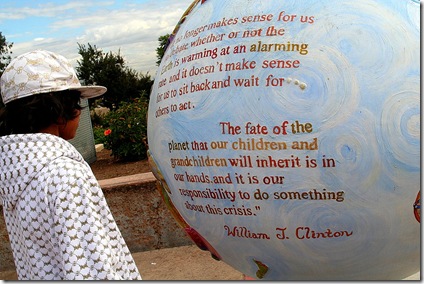 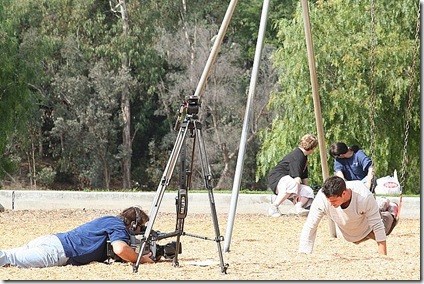 We watched a fitness video being filmed, I can only guess to encourage parents taking their children to playgrounds to exercise. 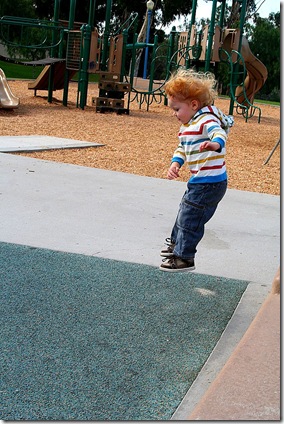 Flynn and Jay had a fantastic time jumping and Jay was a very patient pony. 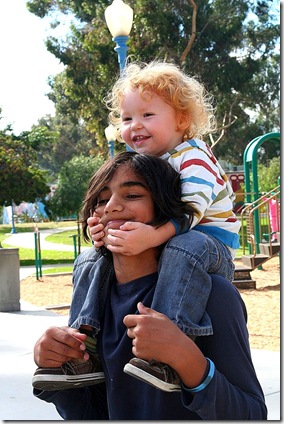 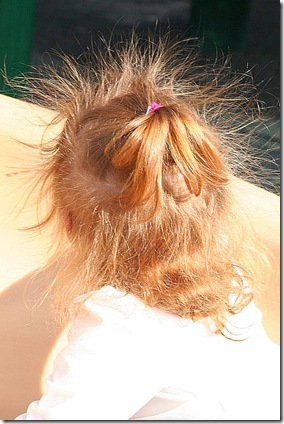 Static on the slide. 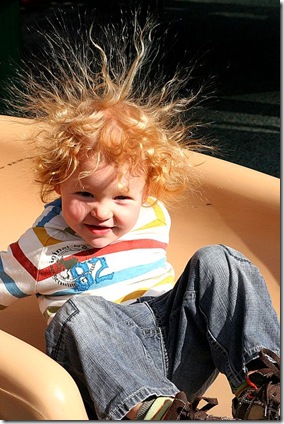 Create Your Own Book for Kids

Creepy Crawlies on the Waterfront

Man you got some great shots….this last one is GREAT!!

LOL! Those static photos are just stunning! Happy Thanksgiving to you and your family. I am sure you are missing Randy terribly. Love and light to you.

Sweet pics love them all of the kiddies! I hope you are enjoying your beautiful weather ! Here it’s cold wet rain and snow hehehehe I will share with ya !

Oh Jay is such a good big brother! My oldest was like that that with my youngest! LOVE the static. Such beautiful babies all

WOW about the static, great pictures.

Cute pictures Tonya. Looks like a fun day, I am so jealous of the weather!

love the static hair! how funny!

Hehehe, those static-hair pictures are cracking me up! Glad you had a fun time at Balboa Park, I love that place too 🙂 We’ll have to meet up with you there some time soon!

look at that static…haha that is awesome!! what a FUN day! love your pics tonya!

Your pictures are awesome, Tonya!!!! And Flynn has a big vertical for such a lil’ guy!!