Today I planned on spending the day in San Luis Obispo.  I thought that there would be enough to do there to fill a day.

pppllllbbbbtttt – my attempt at blowing a raspberry

What I really needed was just one solid hour there.

We took a short stroll along the San Luis Creek 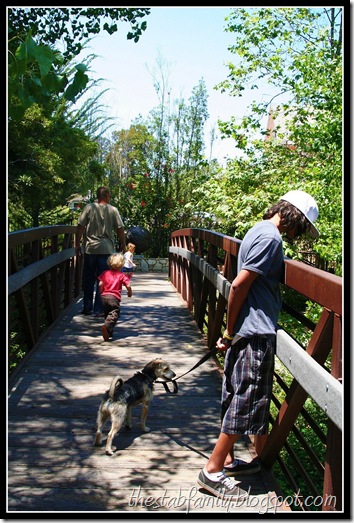 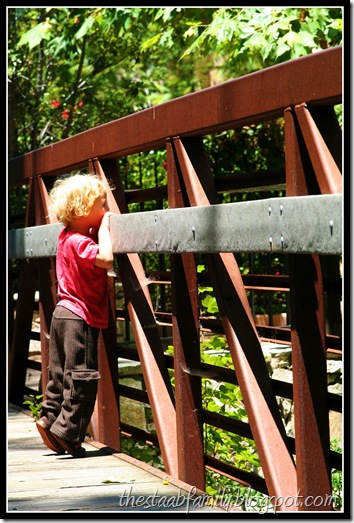 Then we wandered around downtown.  The boutique shops were adorable, but what I couldn’t find amongst the beautiful little streets was a cafe with an outdoor patio area to eat lunch.  We did come across little Mexican and Indian places, but we had eaten way too much asian and mexican food of late and we needed to sit outdoors because we had the pooch with us. 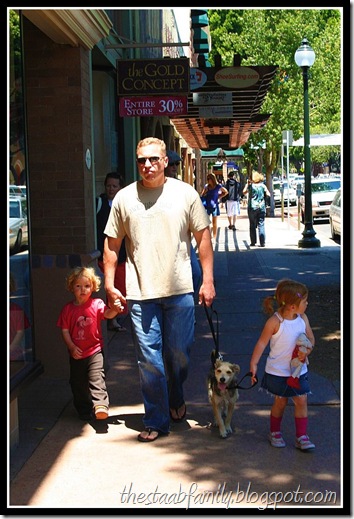 So we checked out Bubblegum Alley, which was on my ‘must see’ list.   Yes that’s right, we visited an alley full of bubblegum.  It was thought to have been started as early as the 1950’s, but apparently no-one has been able to confirm how or when the gum began to appear.  Unfortunately I couldn’t convince Jay to add his own bubblegum artwork to the wall, he was too scared to touch it ha ha. 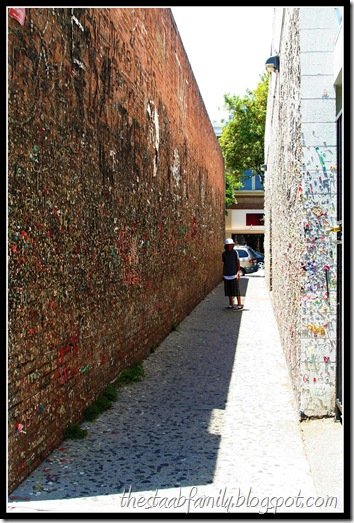 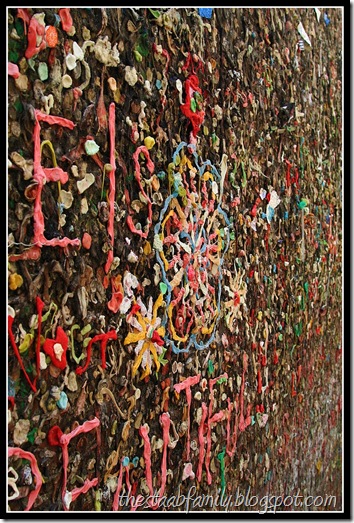 Then we headed out of town and toward Morro Bay which was actually on my list of places to visit the following day.  We had no places in mind to visit while there, but there was no way I could head back to the hotel at lunchtime and spend the rest of the day there so we decided to play the rest of the day by ear.

We came across the Sweet Springs Nature Preserve in Los Osos and I was able to convince everyone to go for a walk with me.  It turned out to be a beautiful spot overlooking Morro Bay and Morro Rock. 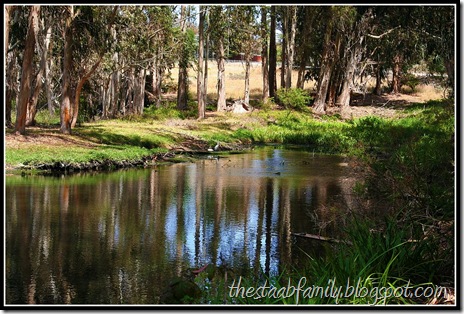 We came upon bees swarming around the base of a tree 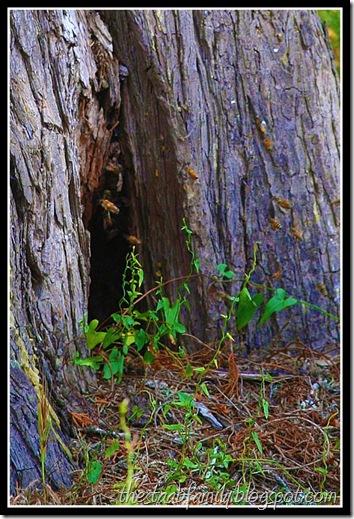 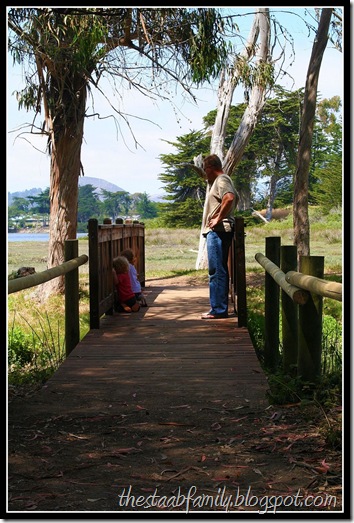 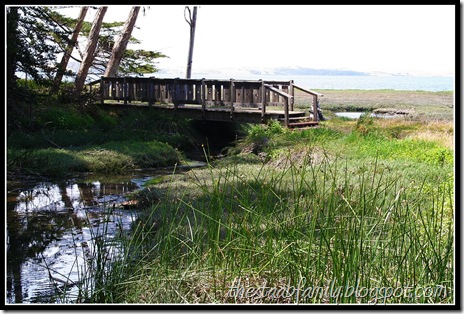 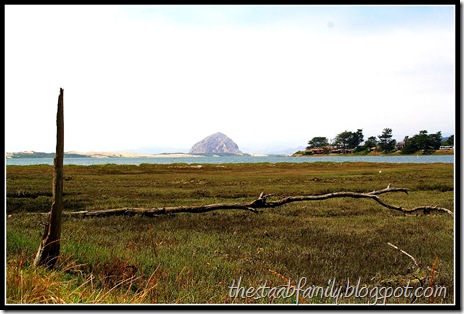 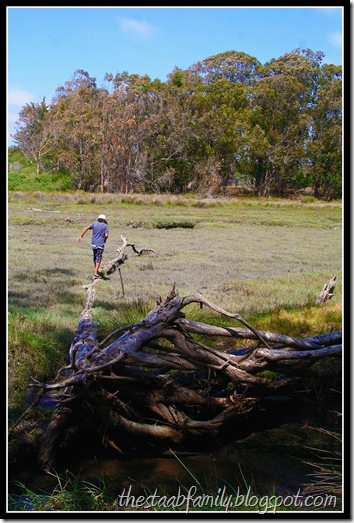 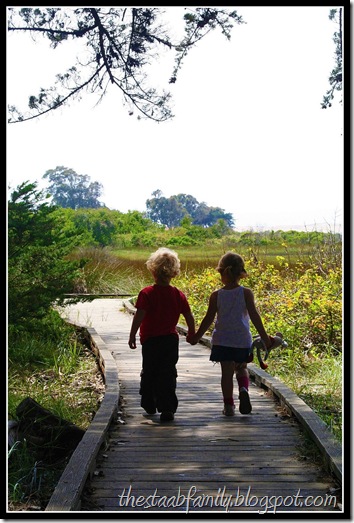 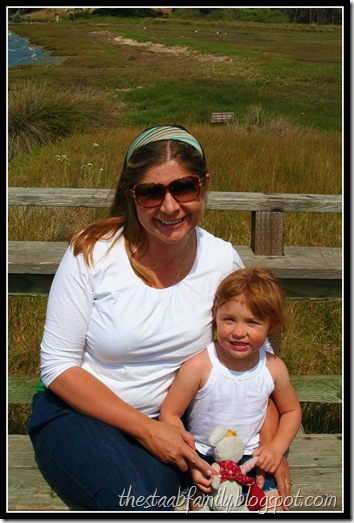 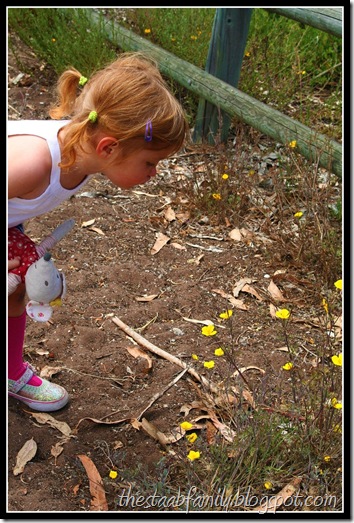 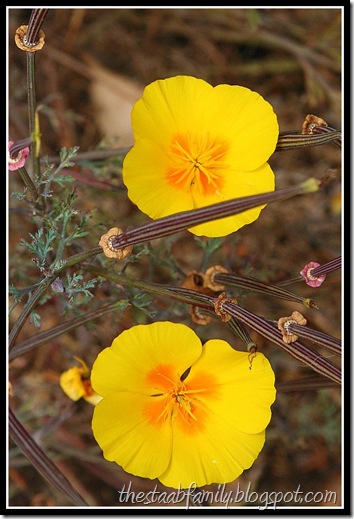 And then, before the kids chewed my arm off, we headed into Morro Bay for a late lunch overlooking Morro Rock at Dorn’s Breaker’s Cafe 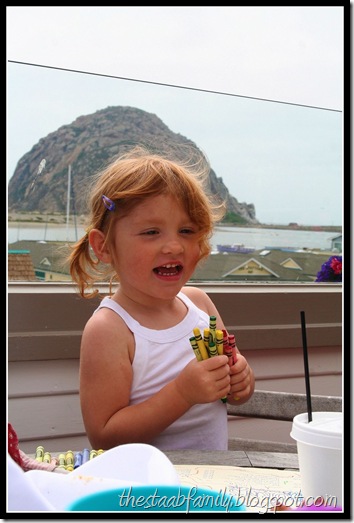 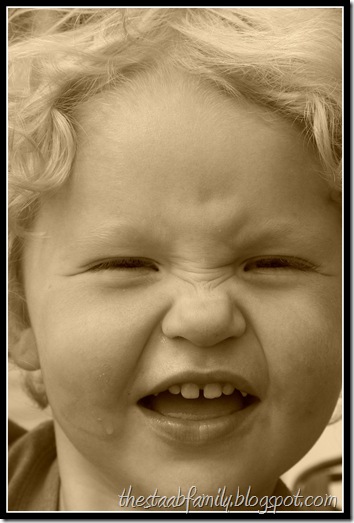 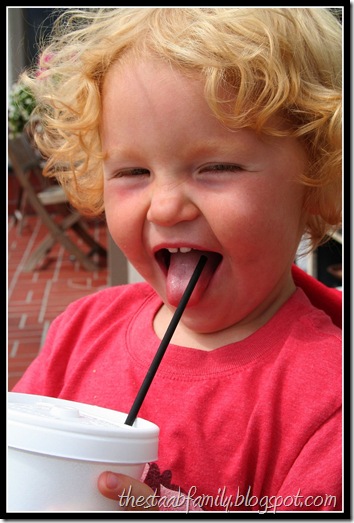 We arrived back at the hotel in the hopes of watching the sun set over the ocean from the garden.  Unfortunately it was too overcast so we went for a little walk along the cliffs instead. 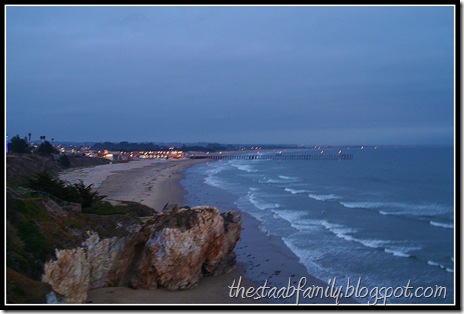 The kids have taken a liking to mummy’s new boots.  I wonder if I’ll ever get to wear them again … 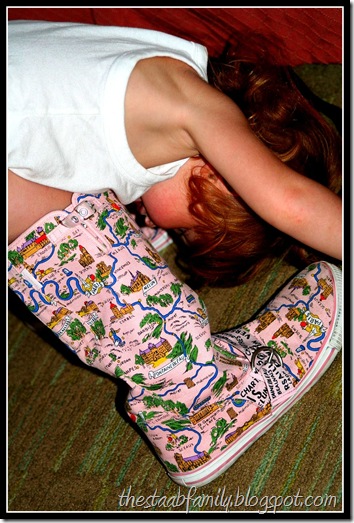 Ring in the New Year at Knott’s Berry Farm

CARMEL BY THE SEA

A Tour Of My Parents Garden

I have family in SLO and have spent many a weekend there. So beautiful. Thanks for sharing the pics!

Yay! Youre trip looks so fun. My husband and I are going on a road trip from San Diego to Oak Harbor, Wa in the spring and youre definitely helping out our planning! Have fun, it sure looks it.

Oh I also love those boots. Tonya, I am so enjoying this road trip and photographs that you are publishing. Feel like I am doing a bit of a trip myself.

I am enjoying your photos! I hope you have a good Monday! **hugs**

Just caught up on a weeks worth of pics and blogs. Looks like a great trip so far.

Those boots rock! I love Morro Bay and SLO. If the central coast wasnt so far from a major airport I would be tempted to move there.