THE LAST DAY OF VACATION!

Today was the very last day of our official vacation.  We have now arrived in Monterey where we will be staying in a hotel until our house is ready to be moved into.

We spent the day driving from Pismo Beach to Monterey along the 1.  Although it’s a very scenic driving along the coast it’s also a very windy road and we had to arrive in Monterey by a certain time to drop the pooch at another kennel so making frequent stops wasn’t really on the cards for the 2 (Jay and myself) who get car sick.  So for us it was a very long drive, but we made it safe and sound.

Along our route we did make a few scheduled stops.  The first being at the Madonna Inn so the boys could check out the men’s bathroom for me.  Yes, that’s right I forced my boys to pee just so I could get photographs of a bathroom.  Apparently you pee into a waterfall.  Yes, these small things amuse us to no end. 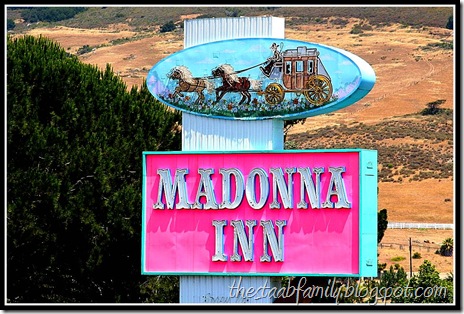 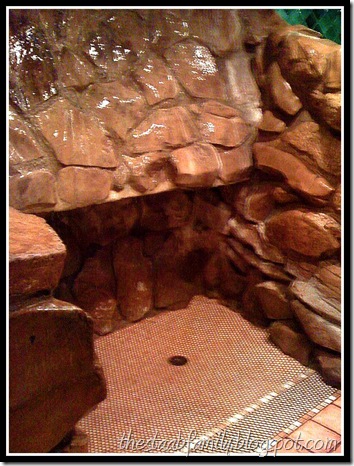 Then we drove to Cambria which I’d heard from a friend (thanks Danny) had a lot of antique shops and sure enough it didn’t disappoint.  It’s a tiny town, but the antique stores are great, one of them even had a playroom for the kids.  We ended up staying in the town for lunch and found a great Mexican restaurant, Las Cambritas, with a patio out the back so we could eat with the pooch.    I swear I had the BEST jambalaya … I know, not very Mexican, but it was really good.  There was only one other couple out on the patio when we arrived but they were just finishing up their meal so we had the whole place to ourselves which was great.  We could just take our time with our meal and the little ones could get up to explore and run around for a bit. 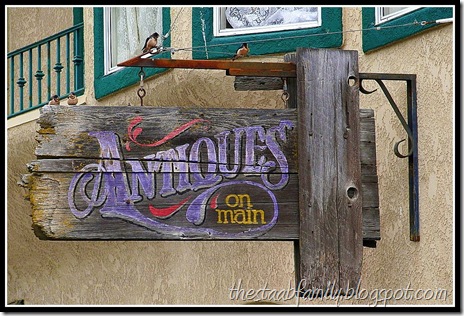 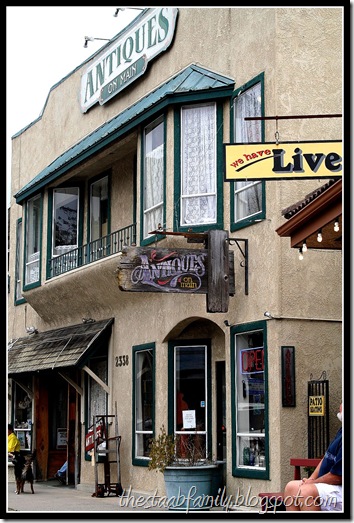 The little friend that was keeping a watchful eye over us during our meal. 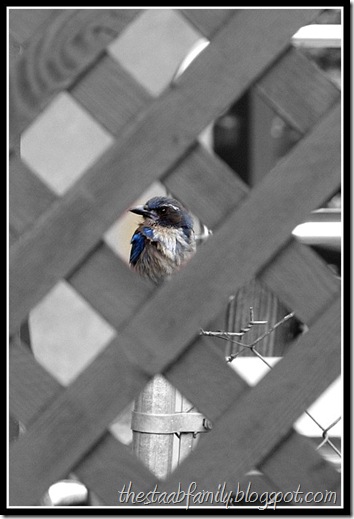 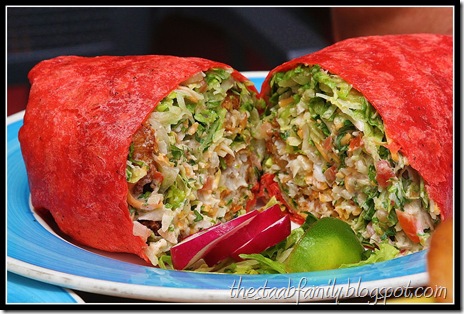 The kids helping me mix my margarita 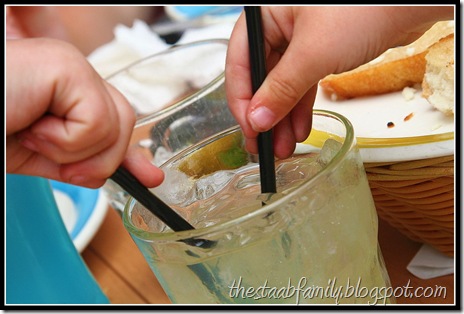 We got back on the road straight after lunch and headed toward Hearst Castle, making one quick stop along the way to have a look out over the ocean. 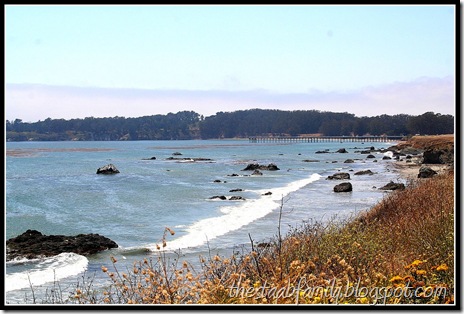 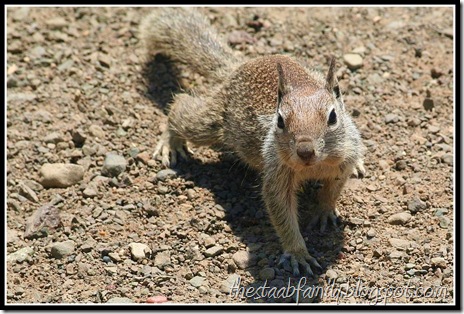 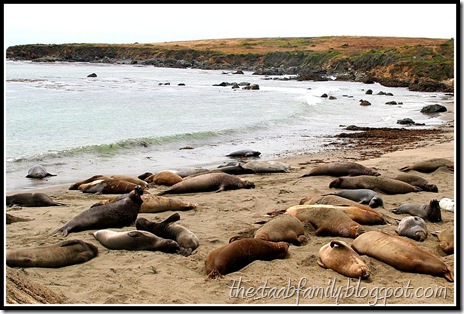 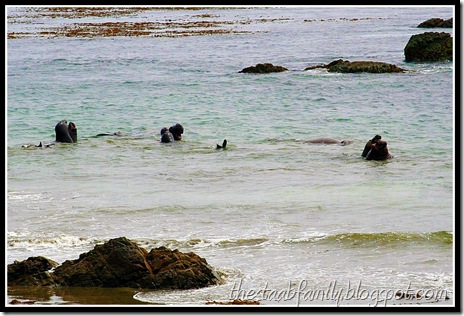 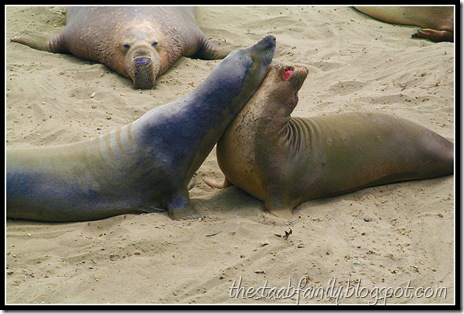 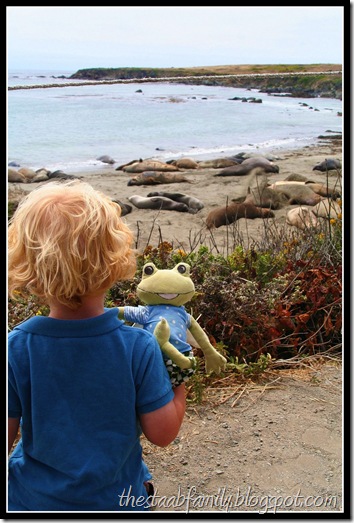 Then it was back on the road for the windy drive north to Monterey.  Thankfully both of the little ones fell asleep.  We had a breakthrough with Marisol not peeing during her 2 hour nap in the car.  Yay!  Poor Jay was feeling a little seedy on the drive though and resorted to watching King Kong on the DVD player in the back of the car for distraction.  The scenery along the way was beautiful though and I wished we had a little more time to make a few stops for photographs and to stretch our legs.

A GIFT FOR YOUR GAMER

Rusty and Rosy: Learning with Maps

5 Things To Do in Baltimore with Kids

Ive really enjoyed seeing all of the photos of your trip, very nice. Looks like you all had tons of fun!

may i recommend 2 of my favs to eat at while in Monterey… Fandangos and the Sardine Factory!!! Super yum! have fun!Rebecca Storch

I love Cambria. When you go back they have a great store that cells minatures…at least they did when I was a teenager :).Beautiful pictures. Wish it was in the budget to go home the long way.-B

Sounds so beautiful there… Glad you guys had a great time….

So fun…I have been to all of those places!!! The next time you are in cambria, you need to stop by Lyns Bakery for some Olala Berry Pie (I think I spelled it wrong)…so good!

Cracking up at the bathroom. Love the seal pics, my kids would love it.

My family and I took that same road up to Monterey, a long time ago, and I have to say it was one of the most beautiful/horrible ride I have ever taken. The scenery, as you said, was breathtaking! The windy road was absolute TORTURE!!! We wanted to head back to Pismo, but couldnt because theres no where to turn! The pictures you took are amazing. God bless you and your family in your new home.

Hi Tonya,I sure hope you are enjoying Monterey so far, I didnt realize you guys were moving so soon. It seems whenever I think I am super busy, all I have to do is take a peek into your world and suddenly I feel as if theres not much going on with me. I just had to stop by and tell you about the time I took that same road trip (also on my way to school) and my girlfriend and I spotted the seals. I ran down the cliff and onto the beach and started snapping pics like crazy. The seals had babies and they were oh so cute! I worked my way over to one and had my girlfriend snap a close-up. About that time I noticed some folks waving to us from the cliffs above, my friend and I waved back. They continued waving at us and we started to think they were crazy folks. Then we noticed they were shouting at us ??? It took me quite awhile to realize they were shouting at us to GET OUT OF THERE! Apparently the seals are very protective of their babies and will actually harm humans who come near them. Hmm, who knew :0) Not little old naive me from the middle of nowhere in SC, first time in California. There was a big sign of a seal barking at humans right by our car that said, Dont go near the seals.Those were the days.

Next trip go to the castle! Its such a great place to visit. I kinda wanna pee in a waterfall….