How to make worm pancakes and a Frankie mask for a fun Hotel Transylvania movie night with the kids.

Disclosure: I am a member of the Collective Bias™ Social Fabric® Community.  This shop has been compensated as part of a social shopper insights study for Collective Bias™ and Smart & Final #CBias #SocialFabric #SFHotelT

Last week Flynn and I were invited to an advance screening of the new Hotel Transylvania movie with thanks to Smart & Final. 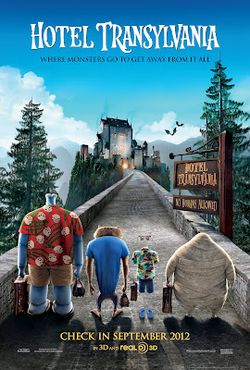 Hotel Transylvania is a remote, and rather lavish, five-stake hotel owned by Dracula, where monsters of all kinds, including his friends Frankenstein and The Invisible Man, can feel safe from humans.

The movie centers around Dracula's daughter Mavis' 118th birthday (18 for us humans). Dracula (a single parent) is known for throwing the best parties and this year should be no different, however, this is a very special birthday for Mavis, and despite Dracula's best efforts to thwart her attempts she wants to spread her wings and see the world. Just as Dracula thinks he has everything under his control a human stumbles upon his hotel, and his world could be turned upside down.

I knew my little man would more than love this movie, and I wasn't wrong.  He laughed, and giggled his way through the entire thing, and although there were a few little frights, the overall animation and plot are very child-friendly. Plus there were a few hidden jokes to keep adults entertained and plenty of little surprises along the way.

Before heading up to Los Angeles for the screening I wanted to make something fun for the little man to take with him, so after a little research on the Hotel Transylvania website, I found a printable to download that shows you how to draw Frankenstein's face. This was perfect to make a mask. 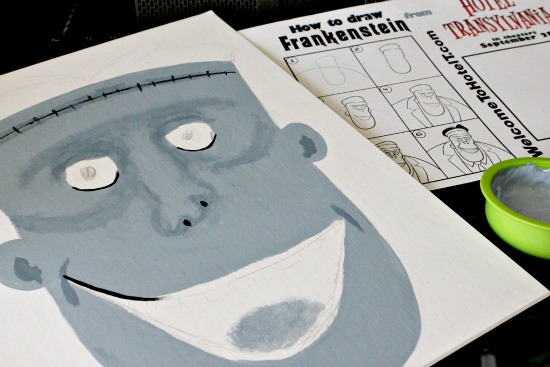 I found an old framing mat that was sturdy enough to make a mask, so began by sketching and painting Frankensteins head according to the directions, then cut it out using my X-ACTO knife.  A little hot glue on the back with a tongue depressor finished it off nicely.

Doesn't my little Frankie look adorable? I took these photos at the screening before the movie started. 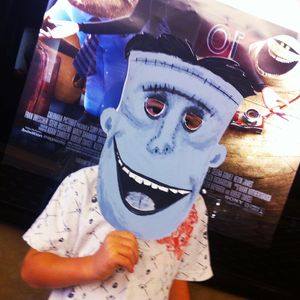 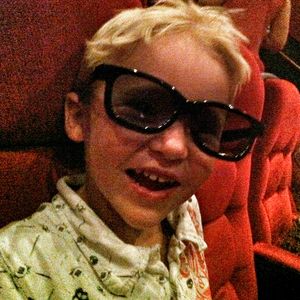 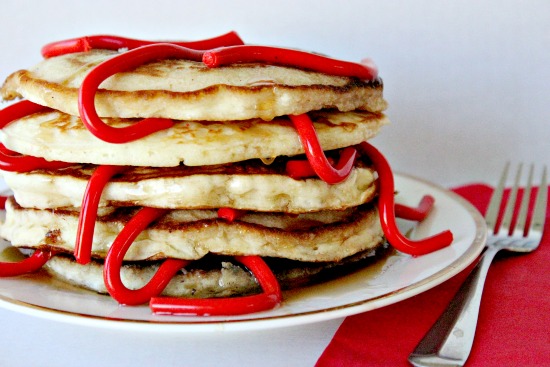 These are surprisingly simple to make and Flynn thought the worms were delicious.

Follow the directions on the First Street Bag for making the pancakes, but in a nutshell, I just combined all the ingredients in equal portions (3 cups of pancake mix and milk, and 3 eggs).

I wasn't sure how to make the worms, but a quick Google search sent me to a fabulous tutorial for a Bowl of Worms on Instructables.

Will you be going to see the new Hotel Transylvania movie when it comes out tomorrow? 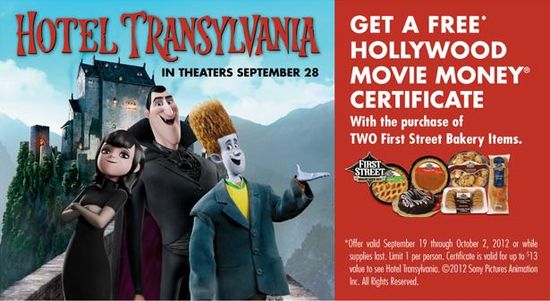 How To Make a Holiday Candy Centerpiece

Snowman Christmas Ornaments Made by Kids

Crafts and Food Inspired by the Boogie Monster Book

Oh wow, I thought you had gotten that mask at the movies but you made that? You are amazing. Also, I love those worm pancakes, I’ll have to try those for my kids! Thanks for sharing 🙂