You may have noticed on my 'List of 100 things to do' that I crossed out that Jay had been booked into Jr Lifeguards and swimming lessons.  Well that's not entirely true.  He has normally done these things over summer vacation but he decided he didn't want to do swimming lessons this summer (he is a pretty good swimmer though) and unfortunately the Jr Lifeguard program this year clashed with our upcoming vacation.  So instead we have him doing a number of other water activities.  His first one was today.

I booked him into a day of snorkeling with the San Diego Oceans Foundation.  This is a wonderful organization.  They have a number of programs that they are committed to such as pollution prevention, reef monitoring, seabass restoration and marine science education.  They rely heavily on volunteers (of which Jay will be volunteering with them throughout the next school year), memberships and fundraisers.

The day was not just about snorkeling, the kids were also taught about conservation and the marine life they would be able to see.  This was a fantastic opportunity for Jay as he has hopes of becoming a Marine Biologist one day.  Apparently his instructor for the day has some photographs to share with me, so once they come through I will update this post, or maybe pop them into my Sunday Snapshots.  He got to see some amazing marine life such as lobsters, starfish, octopus, fish and sand dollars to name just a few.  Oh and he was even able to touch an octopus after one of the instructors picked it up so they could get a closer look. 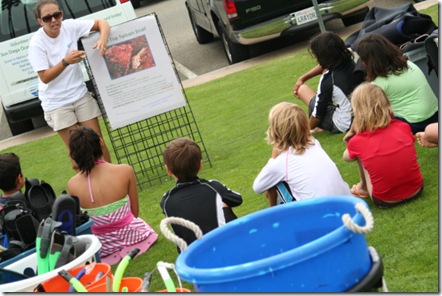 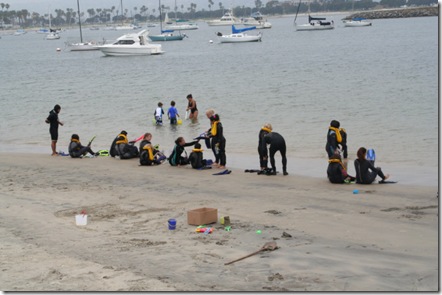 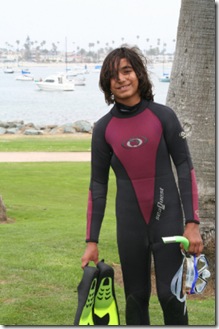 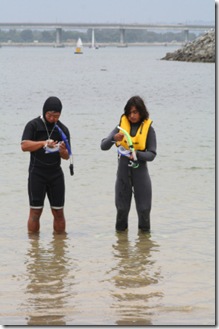 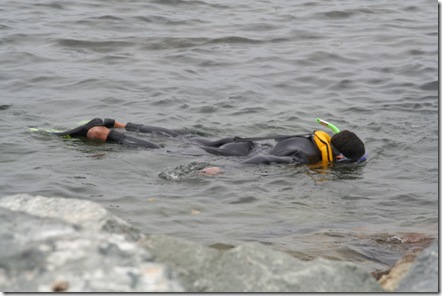 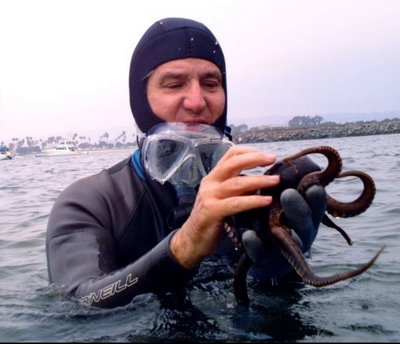 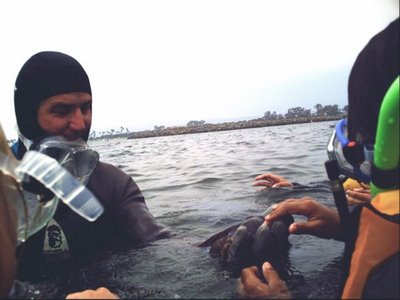 After watching Jay for a while I let the babies out of the stroller to run around in a playground that was at the bay.  They had a great time.  For the first time ever Marisol only wanted to be with Flynn.  If he went down the slide she would look over every side of the play equipment until she could see him saying 'Finn Finn' the whole time and then she wouldn't follow him down the slide, she'd climb down the play equipment to where he was climbing up the stairs again so she could go all the way to the top with him.  It really was very sweet.  She was so protective over him today. 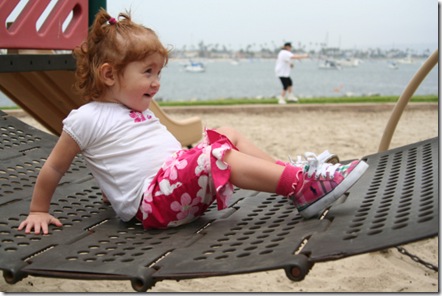 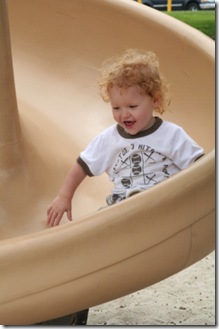 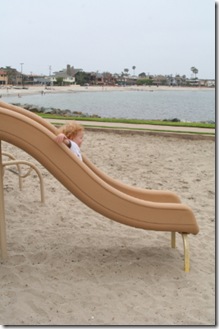 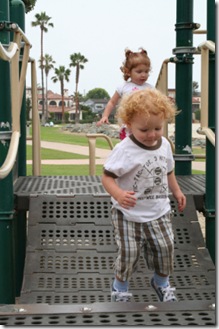 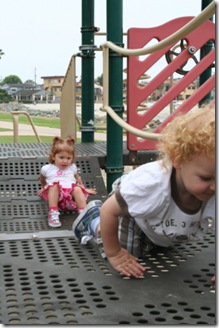 A ZOO DAY WITH FRIENDS

Creepy Crawlies on the Waterfront

What an awesome way to encourage Jay’s interest in marine biology! Sounds like he had a great time, and I loved the pics of Marisol & Flynn too! How cute that she was so protective of him!

I love the pictures you take! You guys are lucky to have such great things to do in Cali. I’m a little jealous! All I get to do is take road trips and vacuum up bugs! *stomping away*

Great idea for Jay – so important to learn about volunteering.

what a great thing for Jay. I have always loved snorkeling! Hope he enjoyed it!

Hey Tonya. I’ve been MIA do to moving. We are just about unpacked and still waiting for our internet,cable & phone to be hooked up next week! I miss my blog i have alot to post about!

That looks so interesting. I really wish we had stuff like that to do around here so the kids wouldn’t be so bored in the summer.Your kids are all precious!

how fun! I learned how to snorkel an scuba dive for a badge when I was in girl scouts! I loved it! Although I’ve only gone snorkeling once and never scuba diving. the lil ones look so cute playing, too! How sweet of Marisol to be Flynn’s shadow!

You are so lucky to have so much available for the kids to do, you are always doing such cool stuff.Yayyy for Jay having a great opportunity and I think its sweet how Marisol looks after “Finn”.

Wish we had stuff like that to do around here!All we have are plastic snorkels and peed in pools!

I am so jealous of Jay! I wanna, I wanna!

WOW that looks like so much fun!!! your kiddos are beautiful (my jaiden would love for me to let him grow his hair out like Jay’s… it looks so good on him! and the twins’ hair is two beautifl shades of red and sweet curls..LOVE IT !!! and I love your page, i have been meaning to comment more often! will be back soon to read the next installment!

What a great experience for Jay! Those pictures at the play ground are great!

That looks so awesome. I wish we had something like that, but somehow I don’t think the Mississippi River is very conducive to snorkeling! Ha!

That is so awesome for Jay!!! He is such a lucky kid! I wish I knew how to swim it would be fun to do that…look at all the sea life! 🙂