Over the weekend I was helping my man move into a new house. The weather was perfect and I felt a little guilty that I wasn’t at home with the kids while they swam in the pool. I thought for sure that they would be cooped up indoors (while their big brother was babysitting) watching Pokemon, playing Minecraft on their iPads or possibly finishing off the game of Monopoly currently scattered all over my bedroom floor (the never ending game that has been going on for two weeks now).

As I pulled up into the driveway and got out of my car I heard laughter, and it was actually coming from my backyard. There they were with a frisbee, jump rope, and a scooter having a fabulous time playing in the afternoon sunshine. I could hear the water fountain running and there was the little raft I’d made Flynn floating in the water. Now this is what summer should be about – unplugging and playing outdoors. 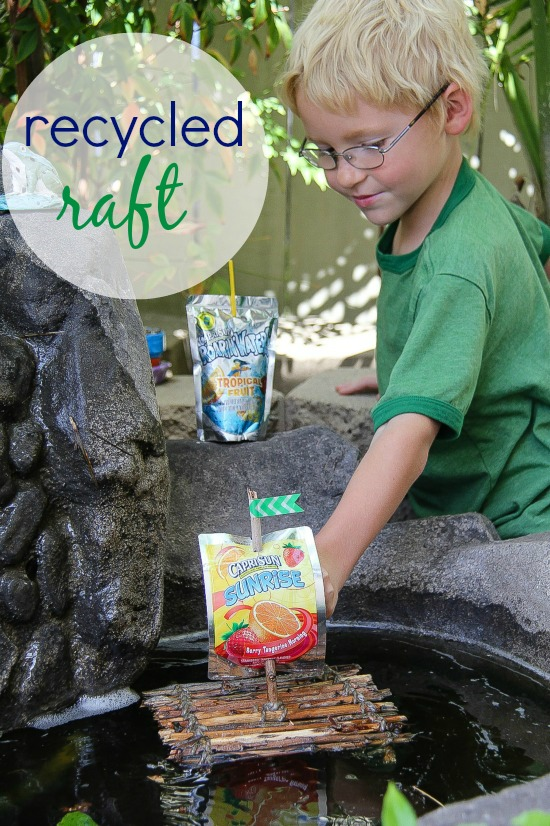 These little rafts are quite easy to make and require very few items.

Initially I had thought I would make a few little sailboats, but then I remembered we had made a stick raft a few years ago, and after a little digging around in the garden found what was left of it. 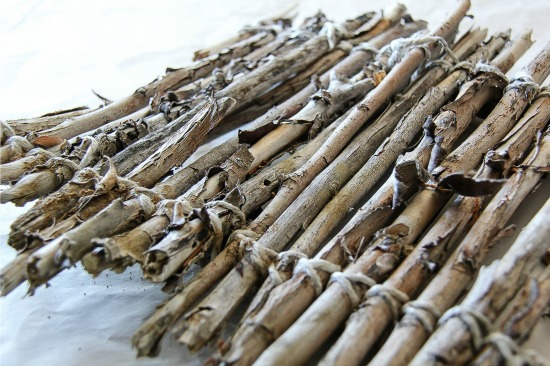 Surprisingly it was in fairy good shape, although a few sticks had broken and it was a little too large to use the Capri Sun pouch as the sail, but with a little work, this could be remade into a brand new raft.

So I trimmed back all of the excess bark that was coming off the sticks, trimmed them to a new size – I used the X-ACTO knife to make a small slit where I wanted to break the sticks and then snapped the ends off. 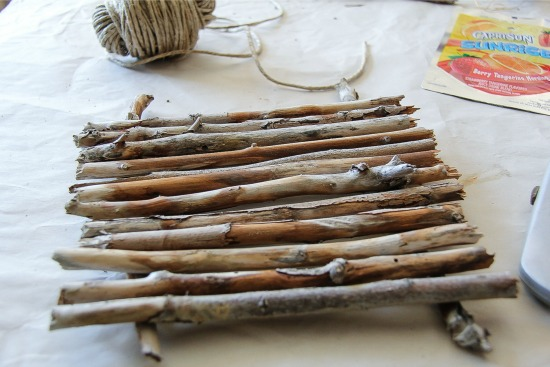 Then using the cord I wrapped the sticks to each other quite tightly. Nobody wants a raft falling apart in the water, do they? 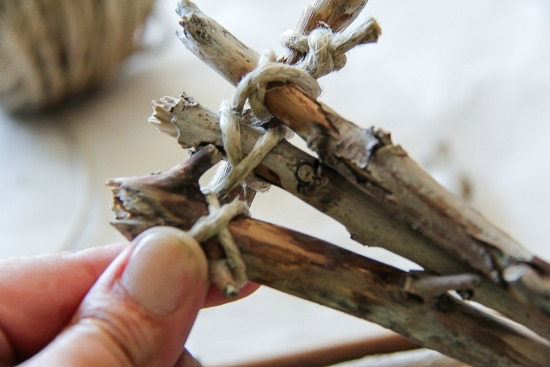 And then, I inserted the final stick into the center of the raft and using more cord, wrapped it up very tightly so it stood straight up. 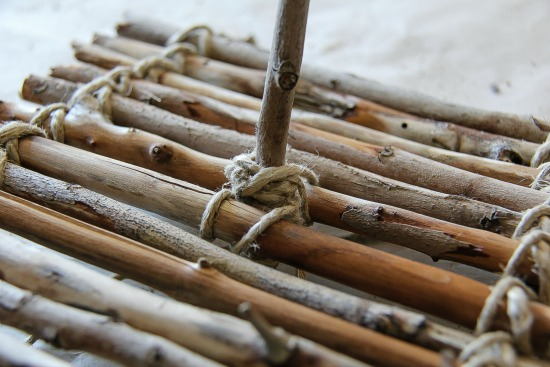 Next up, making the sail.

Using a hole punch, I punch two holes (one in the top and one in the bottom) of the Capri Sun pouch. Although it wasn’t the same size as the stick, the hole in the pouch did stretch as I forced it onto the stick. 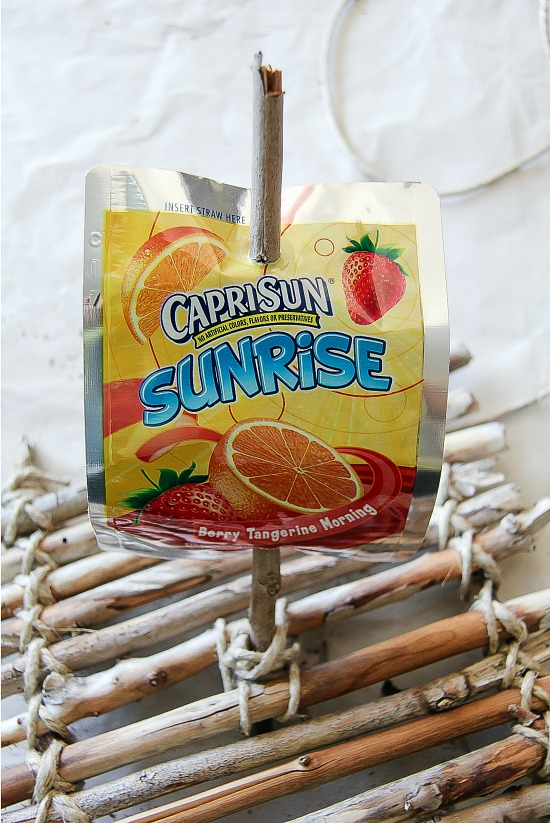 I thought it needed something a little extra too, so I cut a small piece of washi tape, wrapped it around the top of the stick and cut a ‘v’ shape into the end to create a small flag.

And there you have it a fun summer Capri Sun raft. 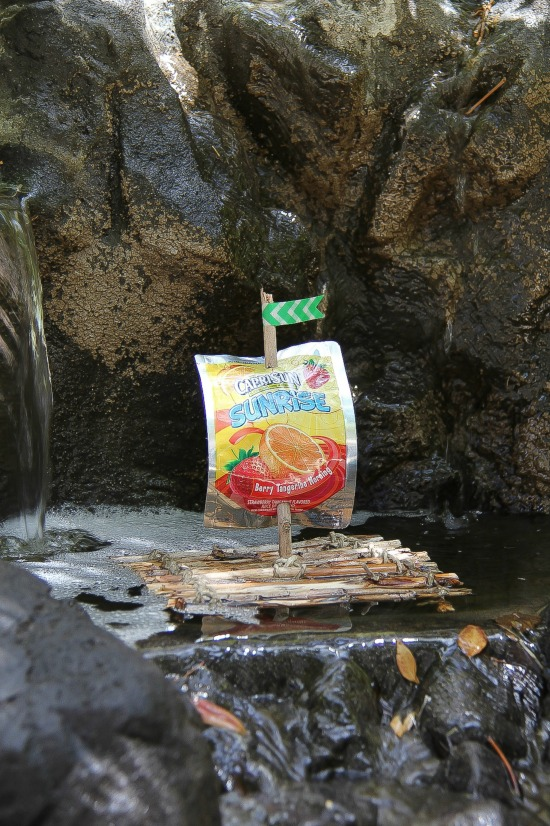 And a cute kid too. 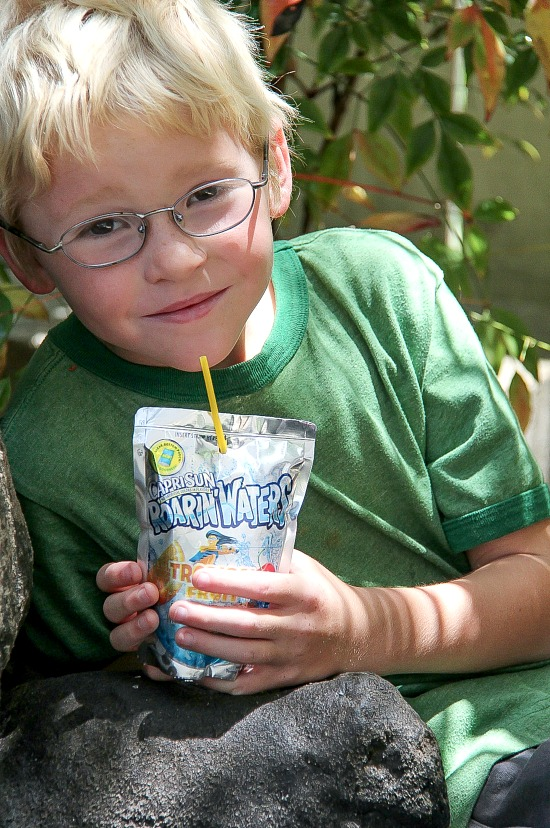 Who loves his new summer toy. 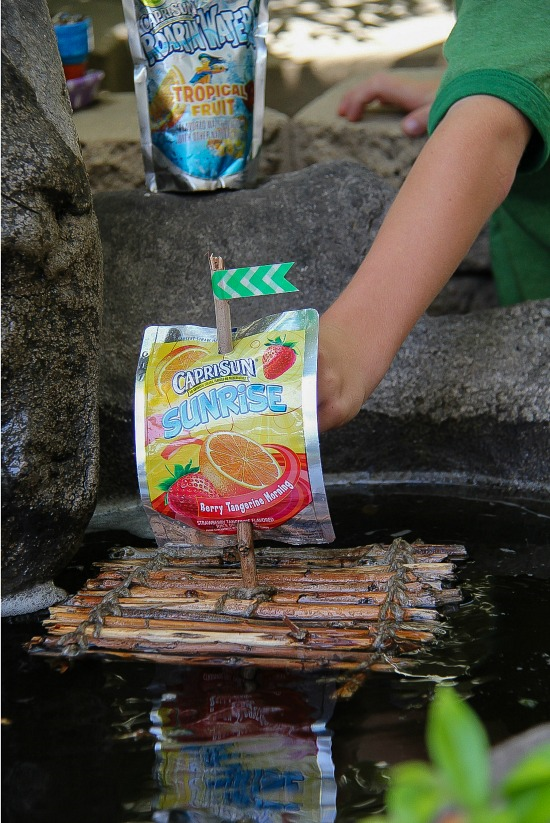 Join the Capri Sun Mom Factor and get inside access to the brand.

Disclosure: I made this summer fun recycled craft using Capri Sun pouches as part of a sponsored post for Socialstars. #CapriSunMomFactor

How to Make a Minnie Mouse Beach Bag

How to Build a Mousetrap Car for Distance

Father’s Day Fun Inspired by the Book Because I’m Your...