Today was yet another stinking hot one.  It was 94 degrees by midday but we'd already planned to take the kids on a train ride so we braved the heat and away we went.  We wanted to go on the steam engine but apparently it had broken down earlier in the morning so instead we rode on an 1894 Los Angeles Yellow Line Trolley Car. 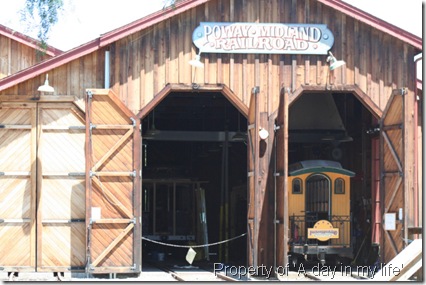 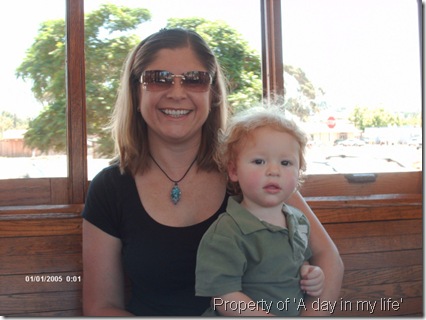 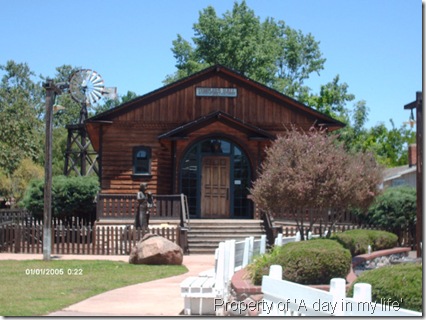 Look what I spotted in the eaves of one of the buildings. 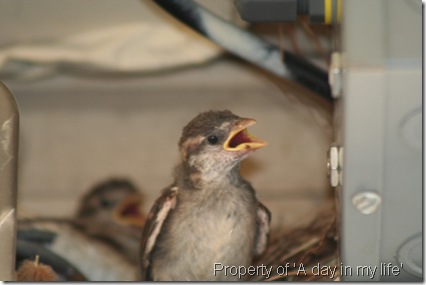 Note to self: change the date and time on the camera, it is not the 1st of January 2005, geesh woman.

The Santa Train in San Diego

What a neat place…94 degrees..HOly Crap!! The baby birdie is very cute!!

You have the greatest places to visit in california! LOVE the pic of you with Flynn!LOL about the date!!!!

Nice to see a photo of you for a change!!

That would be so cool to see. I just love old things from old cars to trains. I love the pics of your visit!

Wow you guys are always on the go! Cute baby birdie :O)

love the train ride tonya..I agree with debi, you have the coolest stuff to do where you live, very jealous!! I really enjoy reading your blog.

Love the bird picture! How cute.

I didn’t know that existed!!! Where did you find a train ride??? And I agree with Jackie….great to see a picture of you!!!

Love thepicture of you with Flynn!