Tonight we met up with our friends Double the Adventure for a play after dark at the Wild Animal Park.  There was so much for the kids to do – photos with Santa, light displays, snow, craft stations, story time and marshmallows as well as a few of the regular Wild Animal Park activities such as the Carousel and playgrounds.  Oh and of course hot chocolate with Bailey's for mummy.  And lets not forget the lion, which was spectacular after dark.  Hearing it roar and play once the sun set was quite an experience.  We've been to the park more times than I can count but nearly always during the day when they have been lazing about in the sun.

Here are just a few of the 81 shots we captured.  I'm honestly too lazy to scan our photo with Santa tonight … it's after midnight, sorry.  It went reasonably well though, there was no screaming from Miss M and I was really impressed with Santa, he was great with the little ones.  Okay, so Marisol didn't look at the camera and had a goofy look on her face, and Flynn had spilled his chocolate milk down the front of his jacket … but there was no screaming and the photo is decent enough that I can frame it and pop it on the tree as is our tradition each year. 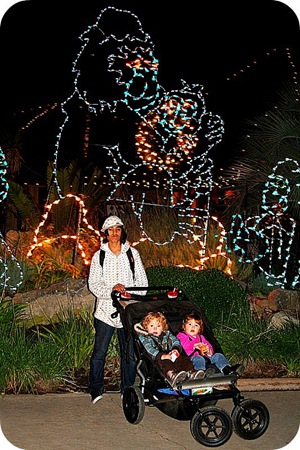 The kids in front of the gorilla lights 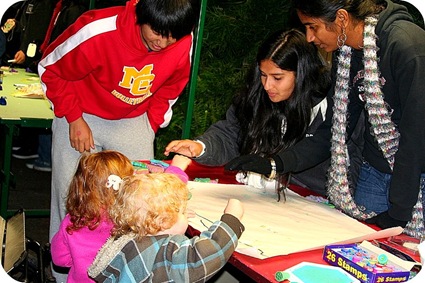 The twins decorated wrapping paper for a couple of gifts they'll be handing out over the weekend. 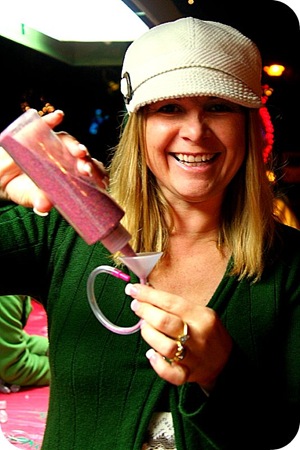 Jay and I made sand bracelets 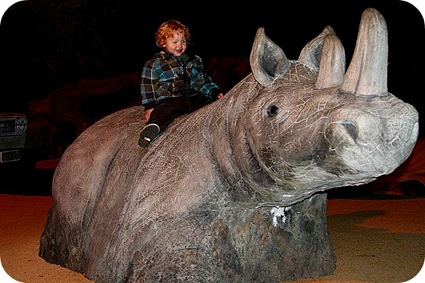 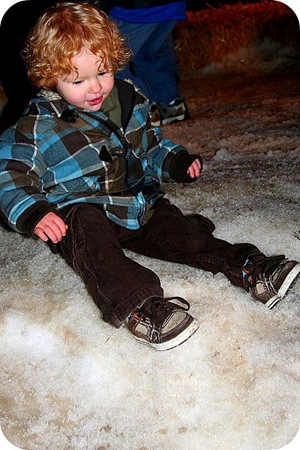 Sitting in the sludge, ice, snow.  This was his favorite part of the night.  Marisol hated the cold wet stuff touching her hands and Jay had a toboggan ride down the hill. 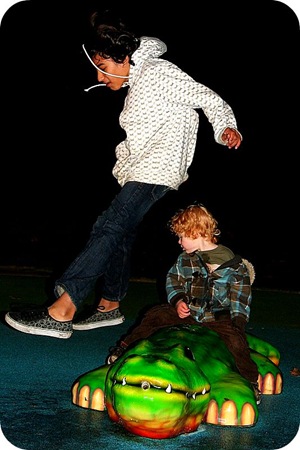 Having fun in one of the playgrounds 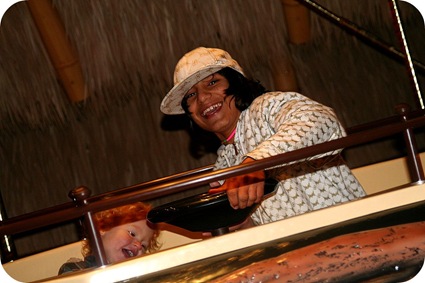 The boys went on the carousel.  If it wasn't enough that the carousel goes round and round, Jay spun the wheel so they were dizzy by the time they got off the ride. 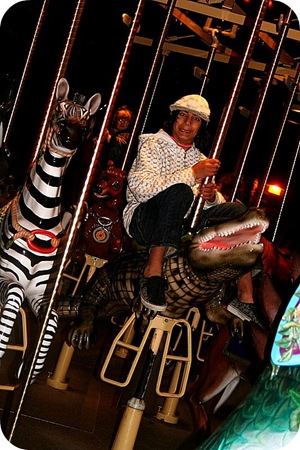 but it didn't stop him from going on one more time by himself.

This year is the last for the Festival of Lights.  Next year the San Diego Zoo will be putting on the display under the name Jungle Bells.

A SCARF FOR A TEENAGER

Tips, Snacks, and Entertainment for a Road Trip with Kids

looks like you guys had a great time at the park!

Love your hat Tonya!!Looks great! Glad you had a fun enevning you got some great photos!

I so knew you were going to get these pictures up before me! It was great seeing you and even though I lost feeling in my fingers it was totally worth it. Love ya hon!

Wow that looks like fun! Our kids made those bracelets once and I swore up and down they were made with pixie stick sugar stuff. Until I tried to prove it and tasted the SAND!

look at you in your hip hat! gorgeous. oh yeah, your kids are cute too 🙂

You look so cute in that hat! I didn’t know this was the last year at WAP for the lights! I’ve never been! Sorry I had to miss it 🙁

Great pics T! Making those bracelets looked so cool! The festival of lights looked so neat too! Looks like you and the kids had lots of fun!

Great photos! Looks like you all had a blast!

Looks like you all had a great time. The pic of you is my favorite! Very cute in your snazzy hat!!

Love the pictures!!Your hat is too cute!!! I want one! LOL