This past week the twins have loved working on all kinds of craft projects.  Especially with the rainy, cold weather we have been getting.

I had grand plans of making a fabulous crafty wreath for our door this year.  Apparently there are simply not enough hours in the day to accomplish this task so it has been put off until next year – I'm seriously considering beginning my Christmas crafting in January next year.  Thankfully Flynn came to the wreath rescue and made this one at school. 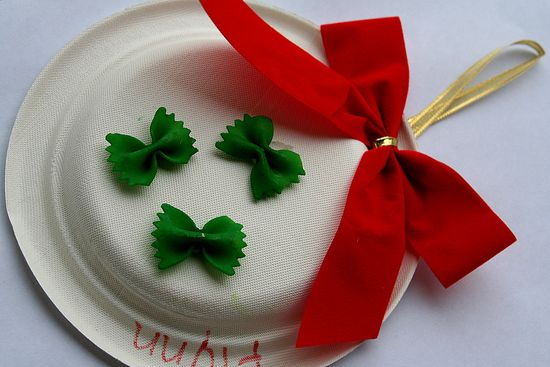 Okay, so I may have helped just a little by adding the ribbon and a loop for hanging it, but isn't it gorgeous.  He's so proud of himself.

They both wrote drew letters to Santa too.  Then just in case Santa wasn't sure about the pictures, they dictated to me what they wanted so I could write it on their letter.  We put their special letters in envelopes and then put them into their mailboxes for the mailman to collect. 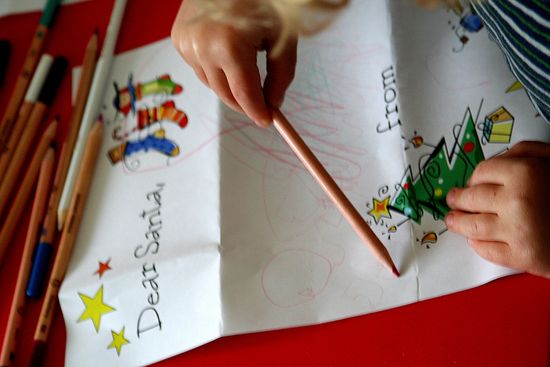 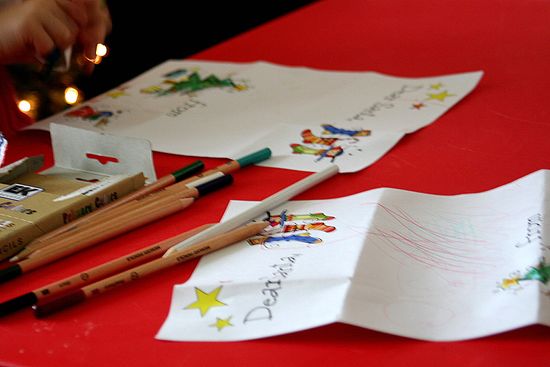 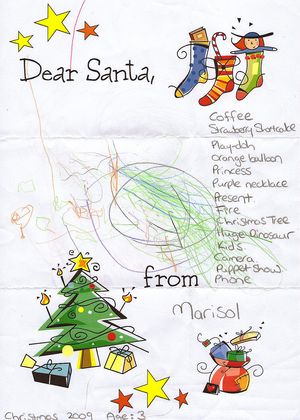 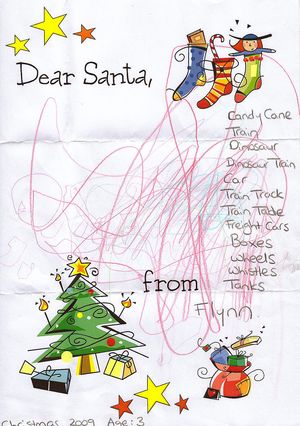 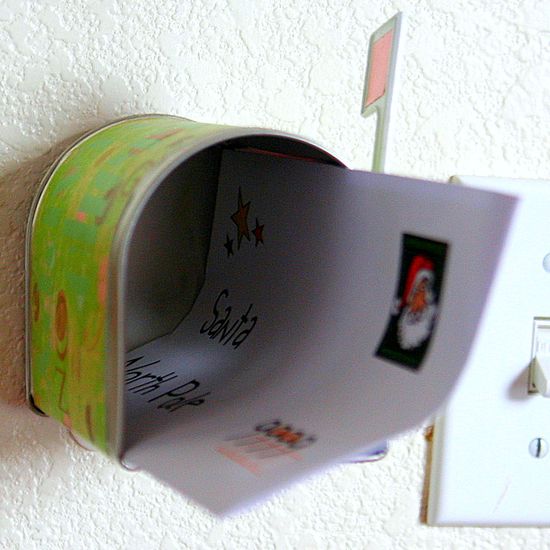 Marisol also helped me make Reindeer pegs.  I glued the pegs together and she decorated them.  Now we can clip photo cards to our blinds. 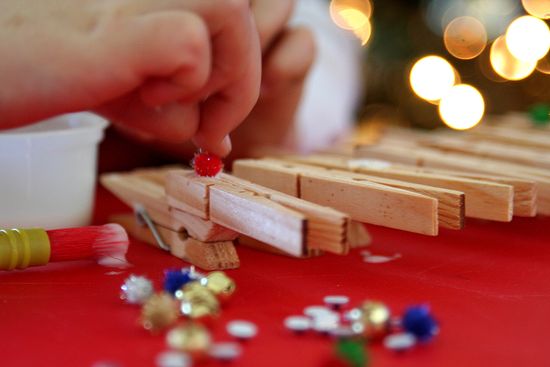 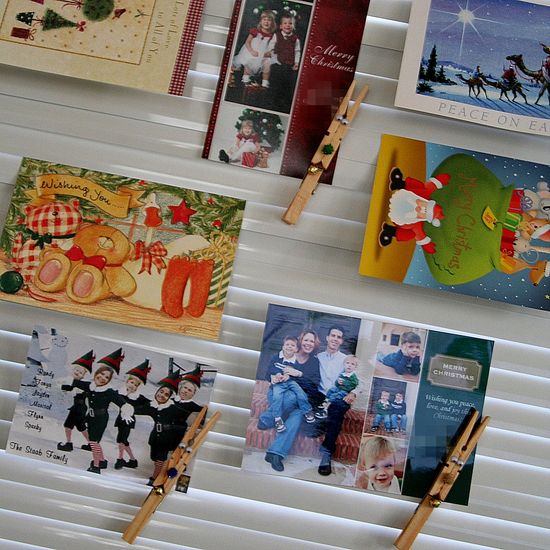 And I want to share these photographs, just because I can.

This is what happens when you have a Christmas tree without an enclosure around it and two 3 year olds. 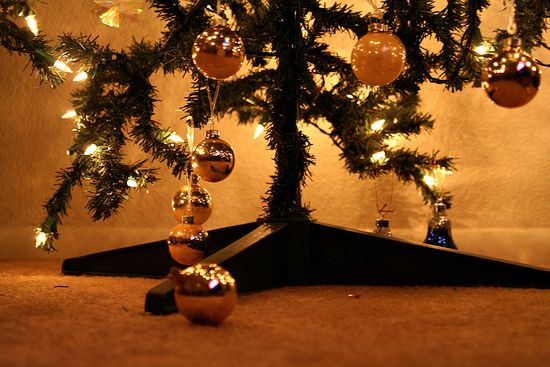 We have been watching Christmas movies galore over the past couple of weeks.  I think the twins love them almost as much as I do.  I have never seen Flynn sit through an entire movie without squirming until he watched The Polar Express last night.  The only time he spoke was to ask daddy to get rid of the advertisements.  He's been asking to watch it again all morning.  Thank goodness for the DVR. (this is not The Polar Express in the photograph below, they were watching Disney Prep & Landing yesterday) 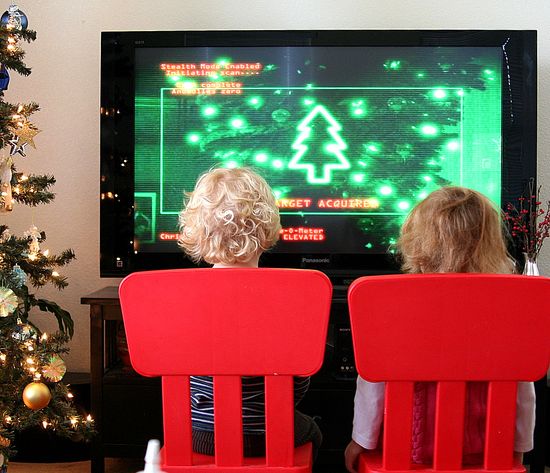 The Every Day Art Station

Cardamom Nankaties Inspired by the Life of Pi

Rusty and Rosy: Snowflake Books, Crafts and Activities for Kids

I love those reindeer pegs! I need to try and remember that for next year for our toddler group christmas crafts 😀 (No time left this year, as it’s our last session this Tuesday.)

I really love the kids things you share on here, thanks!

The reindeer clips are darling! Your twins must have so much fun making all these great crafts.

Great ideas, T! Very fun way to display all of your cards and photo cards for the holiday! Mine saw Polar Express last night, as well, and shocked me by getting very involved and verbalizing the emotions they saw on the screen.

Miss you, as always! HUGS!

Coffee? Fire? lmao! Her list had us cracking up!

Those are definitely two of the best lists I have ever read!

Speaking of trains we bought Elijah his very first train table for Christmas. If you are looking for a good (inexpensive) one for Flynn, Toys R Us has it on sale and we absolutely love it. {http://www.toysrus.com/product/index.jsp?productId=3140254} We couldn’t wait until Christmas to put it together so we gave it to him a few weeks back. We all have been playing with it! Dave even will wait until Elijah goes to bed and set it up different ways. LOL! It comes with so many pieces and it even makes tons of train sounds. It is so cool! 🙂

How funny that Marisol asked for coffee! LOL Love all the crafts. Wanna come do my house next year?

The funny thing is that Flynn doesn’t need any of that stuff. He has a train table (there’s a pic of it I think on the last post on this page or the next page), and he has a full track with trains. The boy is obsessed and he’d watch Dinosaur Train 24/7 if I let him :).

M also asked for wine, but I thought it best to leave that one off the list :). She cracks us up.