If you haven't been on a food tour of another city I highly recommend it.  You might remember the Chocolate Tour of San Francisco I took with girlfriends a couple of years ago.  It was fabulous.

This time I did a tour of Chelsea Market and the Meatpacking District in New York City with Foods of New York Tours.  Our tour guide Curt was absolutely hilarious; if you take a food tour see if you can get on one of his, it will make the tour that much better.

We began our tour at Chelsea Market.  It's a foodie (and photographers) dream.  Also Food Network is located above Chelsea Market and use the area for filming. 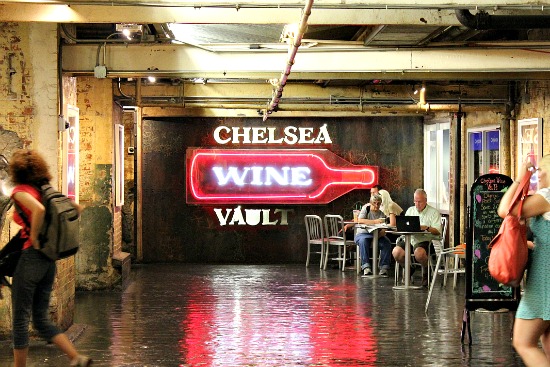 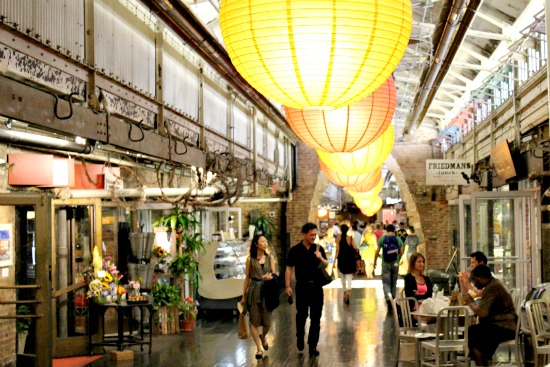 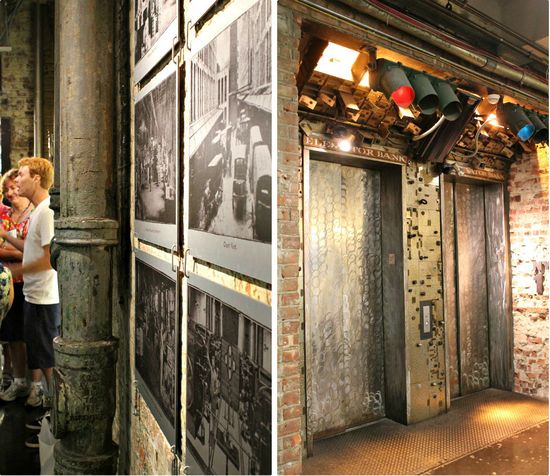 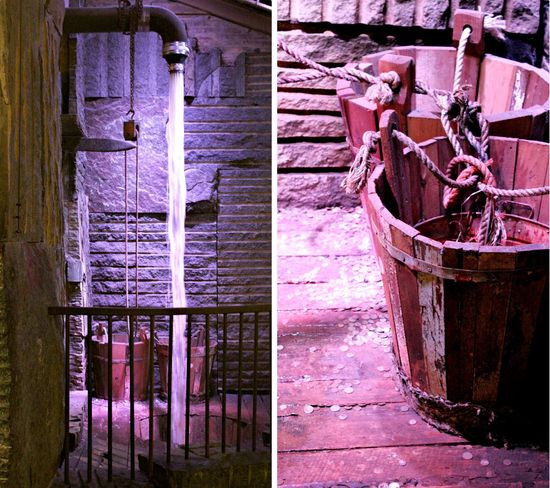 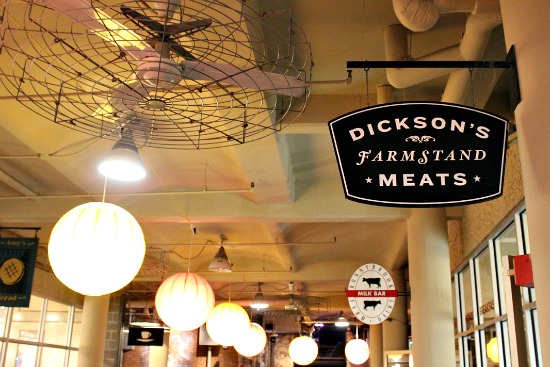 We ate our way around the market.

We had meat pies at the Tuck Shop, and red velvet cupcakes at Eleni's. 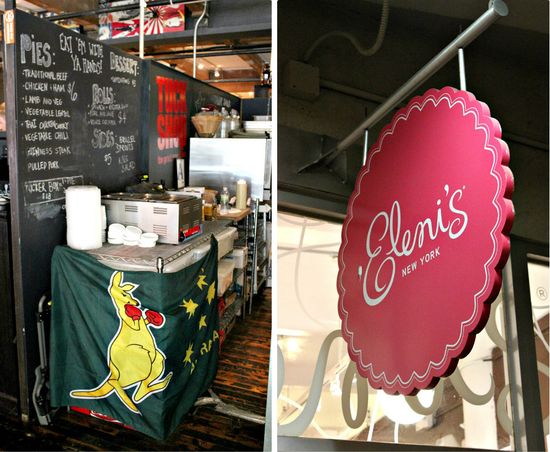 As you can imagine, this Aussie loved indulging in a meat pie from home. 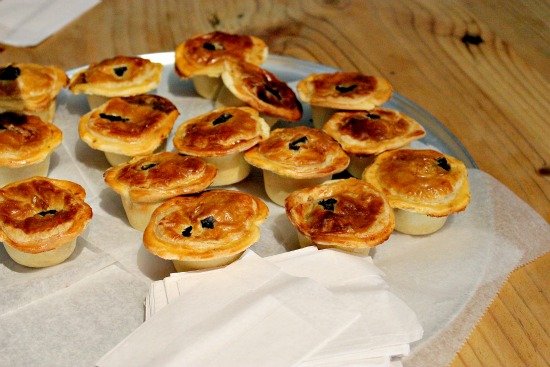 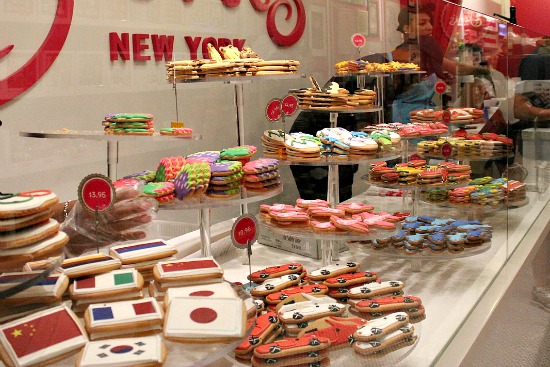 We stopped by The Filling Station.  If you ever run out of oils, salts, or any other condiments, they are bound to have it. 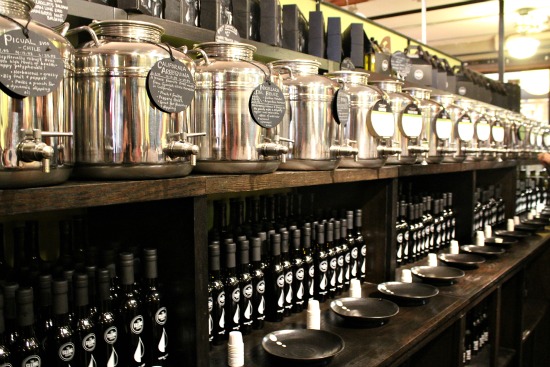 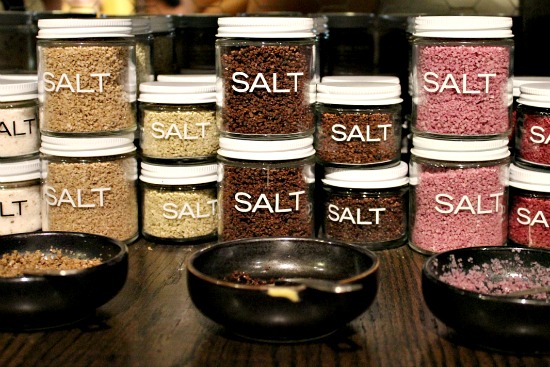 Not enough colors to choose from?  No problem. 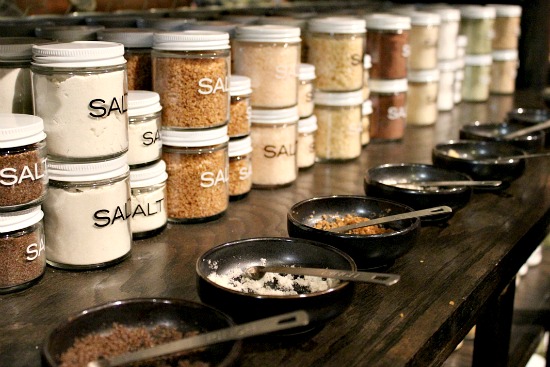 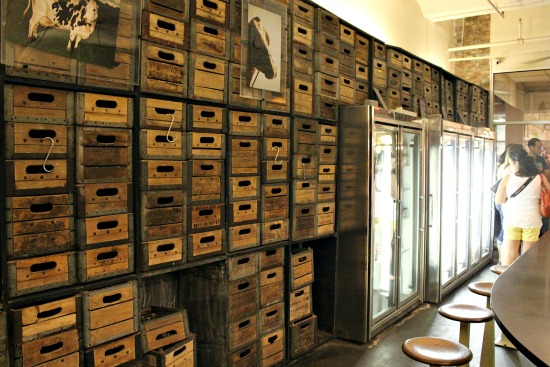 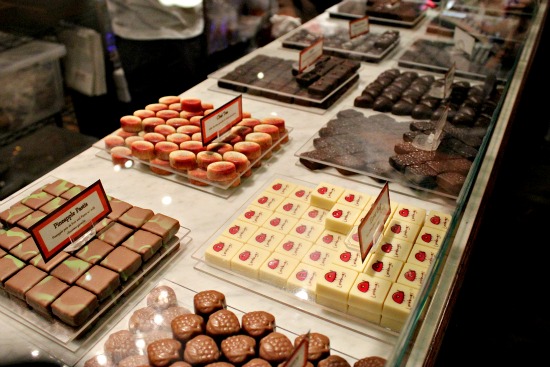 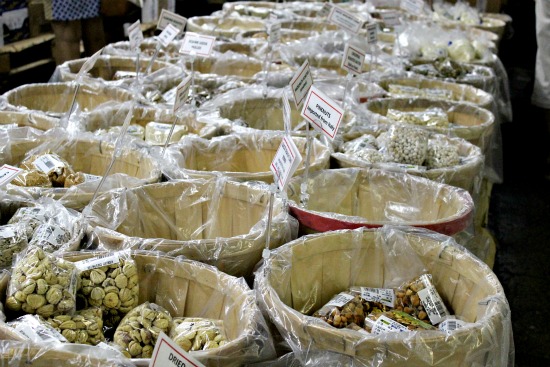 We watched sushi being made and had a cup of soup at The Lobster Place. 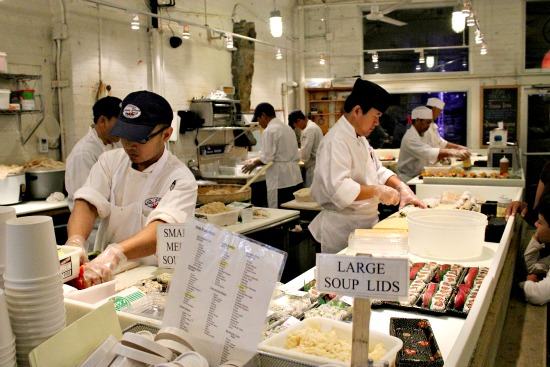 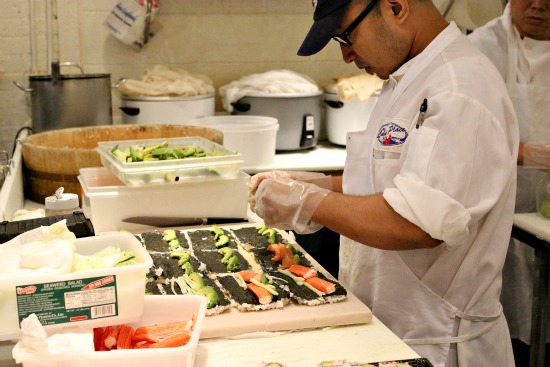 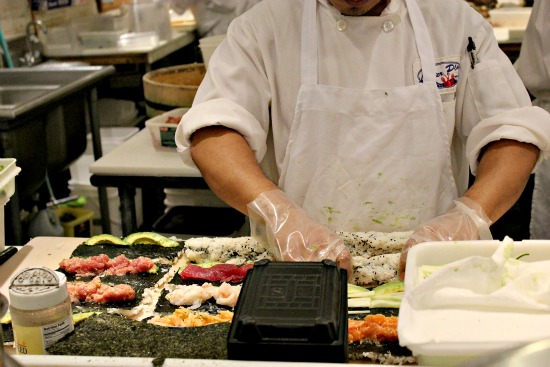 Then we also indulged in biscuits (not scones) with jam at Sarabeth's Bakery.  Which is also apparently where the bakery scenes for Meryl Streep's movie It's Complicated were filmed. 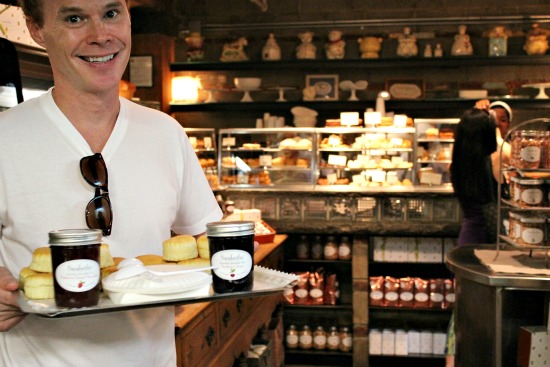 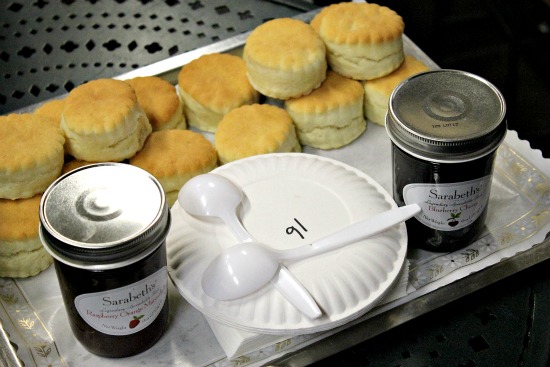 and of course we hadn't eaten enough so we popped into Chelsea Market Baskets for a little salami and mini toasts. 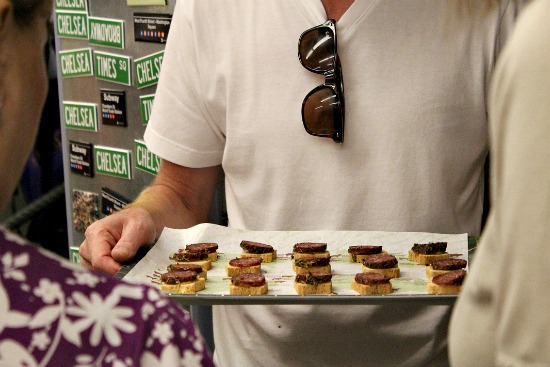 And then before heading off on the rest of our tour we stopped at the Manhattan Fruit Exchange to learn a little about how to pick the best fruit and vegetables. 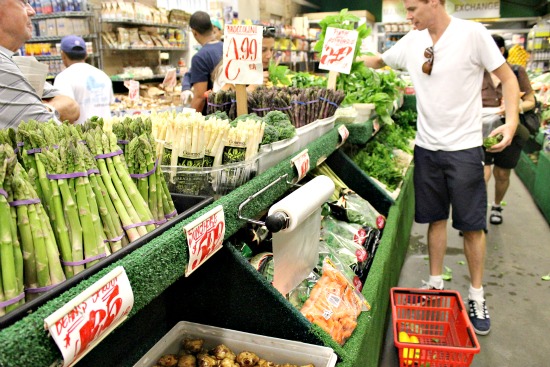 Do you know how to choose a great artichoke?  Just squeeze it and hear it squeak. 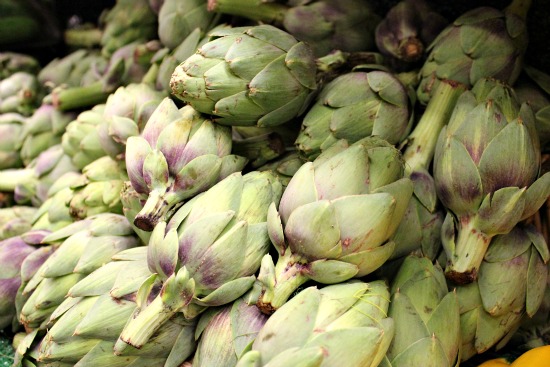 This is the full list of places we visited on our tour of Chelsea Market:

As we left Chelsea Market we stopped in at Morimoto.  For no other reason than to see the bathrooms.  I'm not kidding.  They have fancy toilets with heated seats, and buttons to press that will do everything for you.  And the stalls are amazing with really cool effects on the walls that make you feel like you are about to leap into another dimension.

From Chelsea Market we ventured to The High Line park for a little sightseeing.  This has to be one of the coolest parks.  There were buskers, market stands, an urban beach, deck chairs, a fabulous view, and beautiful gardens. 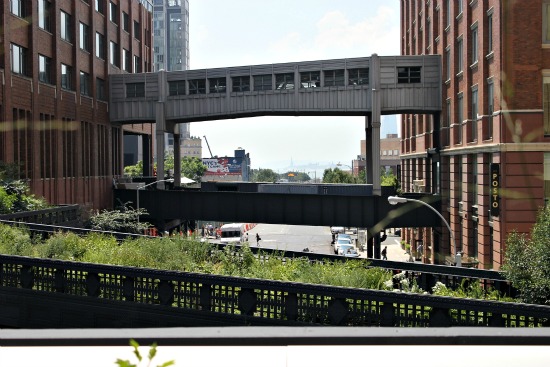 Can you see the Statue of Liberty between the bridge?  No?  Let's take a closer look. 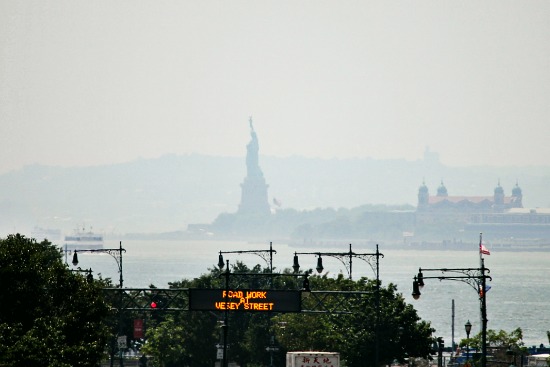 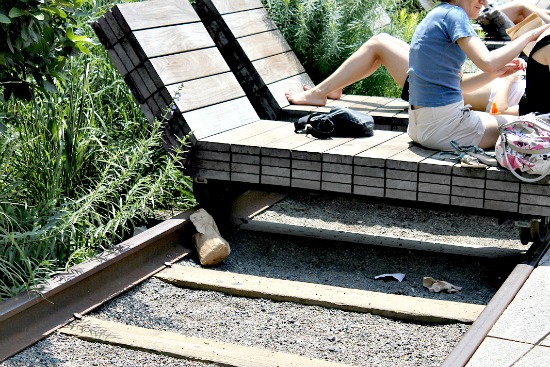 The park is built on an historic freight rail line above Manhattan streets. Take a look at the deck chairs above which are on the rail line.  Across from the deck chairs there is a wood deck with water on it.  Hence where the 'urban beach' gets it's name.  There were lots of people barefoot walking through the water and laying on the deck chairs. 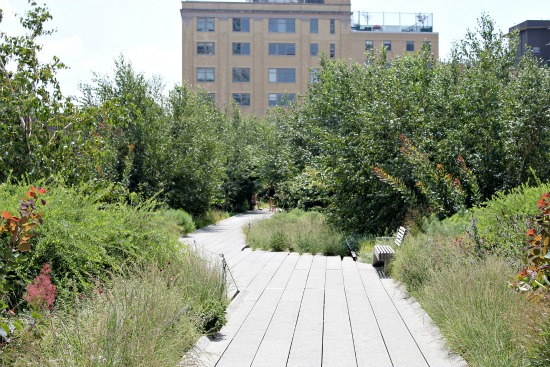 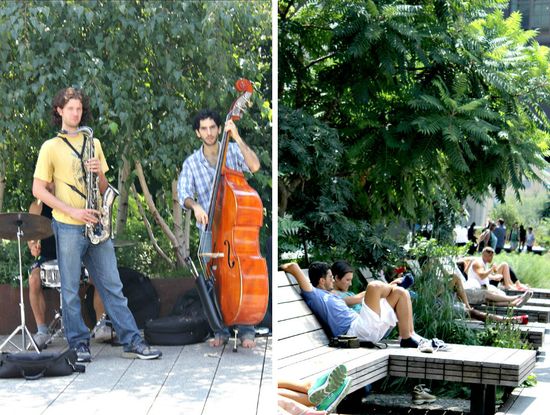 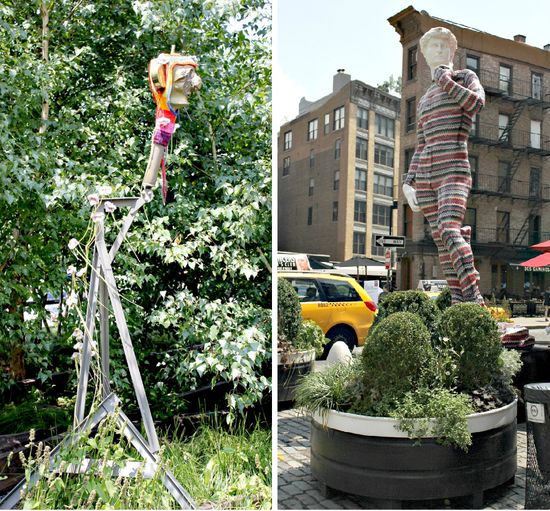 From there we headed to Macelleria for lunch.  As if we hadn't eaten enough already, apparently we needed a plate of freshly made pasta too.  The handmade pasta with oxtail ragu was well worth it though.

Of course I took a few instagram shots on our tour too. 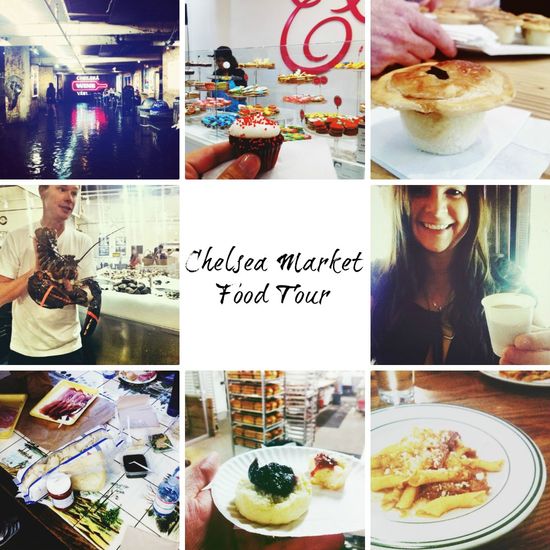 5 More Things To Do in Baltimore with Kids

That was awesome! Great recap. I want to go!!!

Thanks Jane, and you should definitely do one – hey maybe we should incorporate one into our 'conference' :).

Oh my gosh! Your photos are stunning! You make me want to board a plane to NY right now. Pinning to get inspiration for my own NY trip and will definitely make a pit stop to Chelsea.