Today we ventured to Santa Monica for the day.

On our way we passed this: 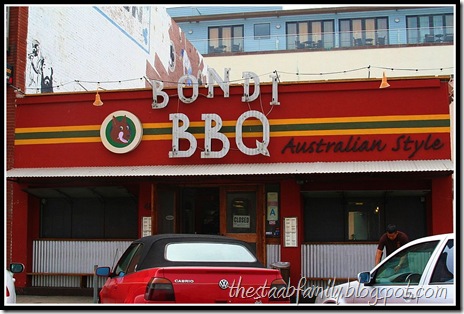 I totally would have stopped in had it not been so early in the morning for a little taste of home.

I had pre-purchased wrist bands for the kids on-line to go on the rides at Pacific Park which is out on the Santa Monica Pier.  The kids had a blast.   The twins are at the age where they absolutely love going on the kiddie rides.  Especially Flynn.  The faster and higher it goes, the happier he is.  Marisol is a little more tentative and one ride did have to be stopped when she had a meltdown because it went so high. 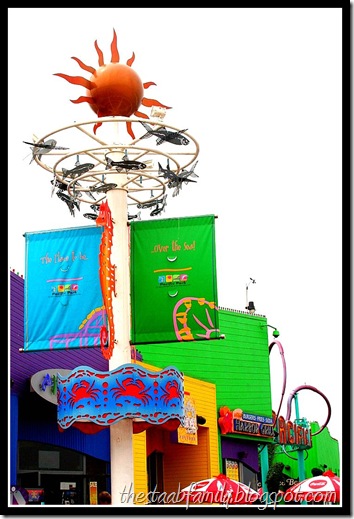 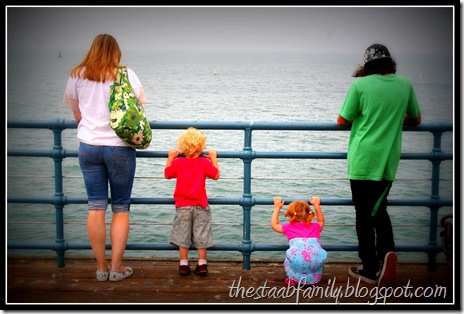 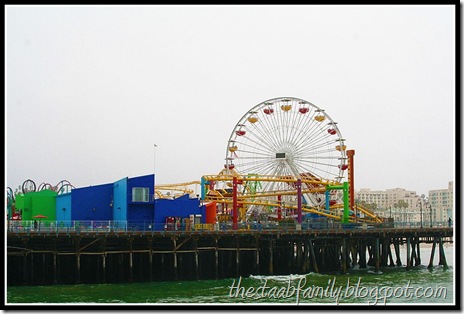 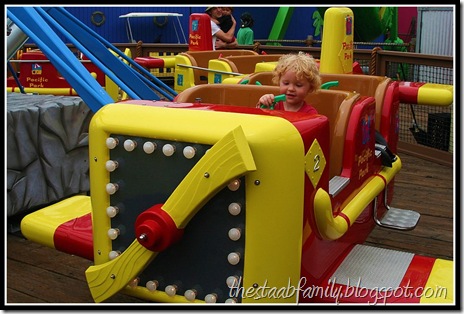 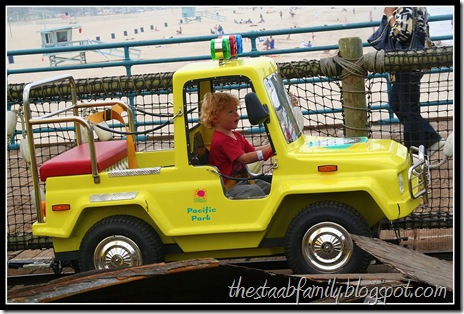 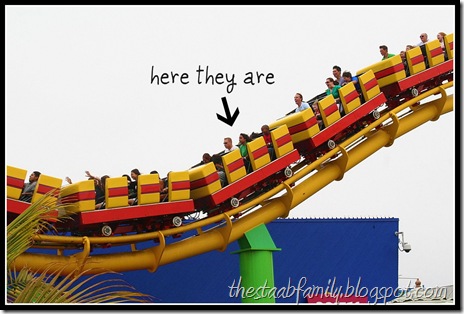 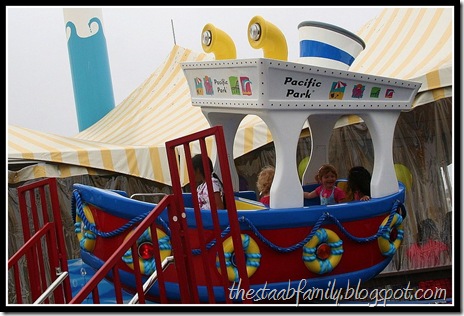 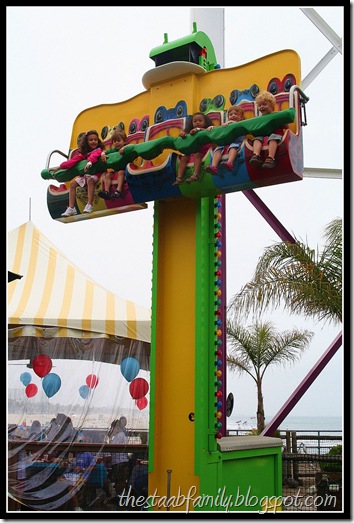 The scarier the ride, the bigger his smile and the more pained her facial expression 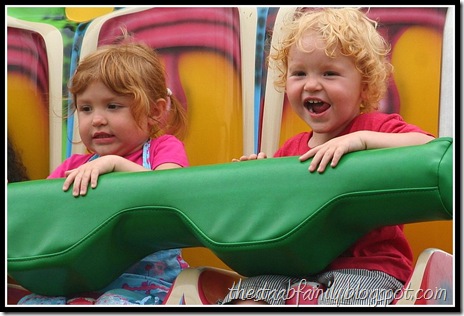 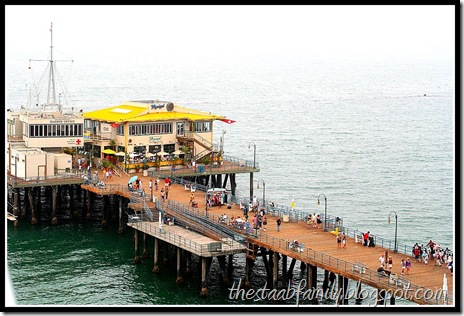 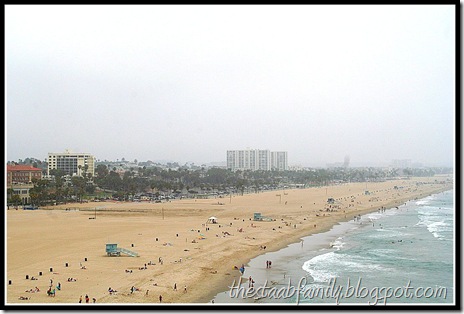 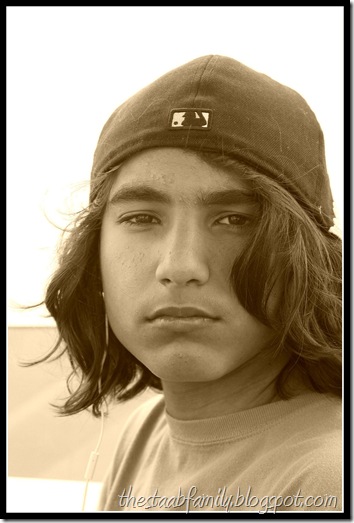 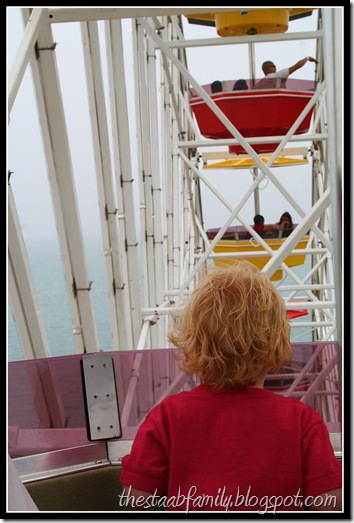 Once we had gone on all of the rides twice, we headed over to Mariah and Chris’ for a quick visit.  I finally got to meet one half of their clan.  The kids were absolutely adorable and so well mannered and sweet and my kids just wanted to hang with the pets.  Although Marisol did freak out a little when the bird was on her back.

Now in order to get to their house with minimal temper tantrums (because of course my babies would prefer to spend all day at the beach) I may have bribed them with a little chocolate.  This is what I found when I opened the back door to get little miss out of the car. 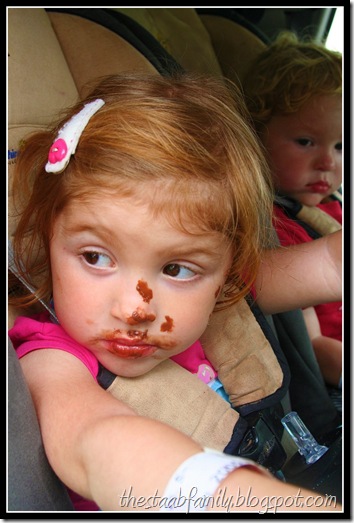 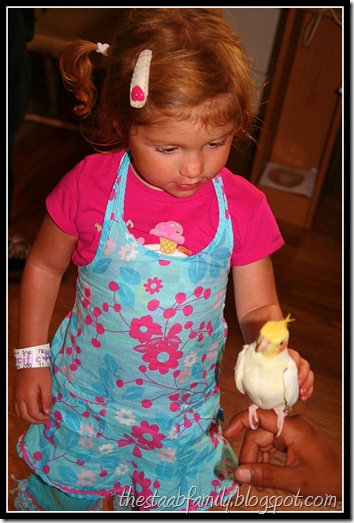 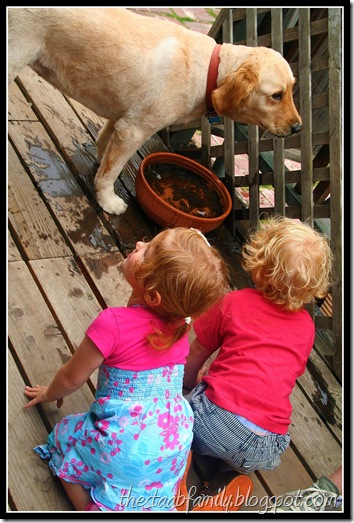 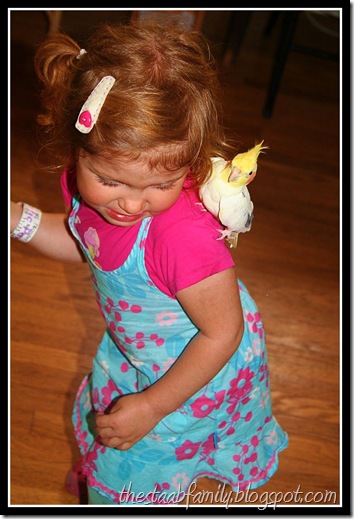 Unfortunately we couldn’t visit them for long because we had to pick up Sparky from one kennel and get him to another one in Santa Barbara by a certain time and we were racing against time with peak hour traffic, which in LA is an absolute NIGHTMARE.   We thought we had left more than enough time to get there – 3 hours, but we were sorely mistaken.  The freeway was at a standstill so we decided to take the coast road.  Big mistake.  Huge in fact.   It took hours.  Marisol reached a whole new decibel that I didn’t know existed with her screaming.  I thought for sure the windows would shatter because she was tired, hungry and thirsty.  I called the kennel in Santa Barbara (at 5pm) when we were supposedly a little over an hour and a half away (according to Betty our GPS) to let them know that there was no way known we were going to get there by 6pm because we had only just made it back to Santa Monica (the dogs kennel was further south).  The really sweet college kid working there told me to call back a half hour later so he could get an idea of how long it would take us to get there because he’d be willing to wait around for us.  A half hour later we were still in Santa Monica.  I couldn’t believe how nice the kid at the kennel was though.  He went off and got dinner then went back to sit in the office to wait for our arrival.  We ended up getting there at 7:30pm – an hour and a half late.  He was so nice and so helpful.  If you are ever in the Santa Barbara area and need a kennel for your pet, I highly recommend Camp Canine. 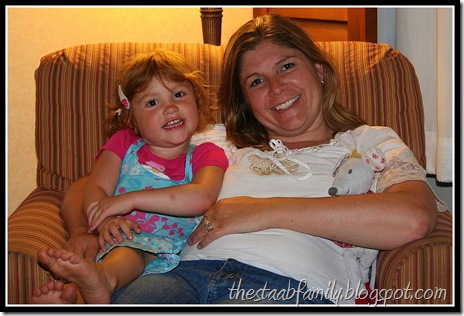 Sex and the City Tour

I love Santa Monica , so jealous!

Looks like you guys are having a great holiday. Love the photos

Im so jealous you got to hang out with Chris and Mariah! They seem like so much fun! Sucks on the traffic though!

Looks like a great day. Love that picture of the twins on the ride.

Sounds like you guys are having a great time ..love the photos..

I love all teh pictures, What a great Trip you are having!